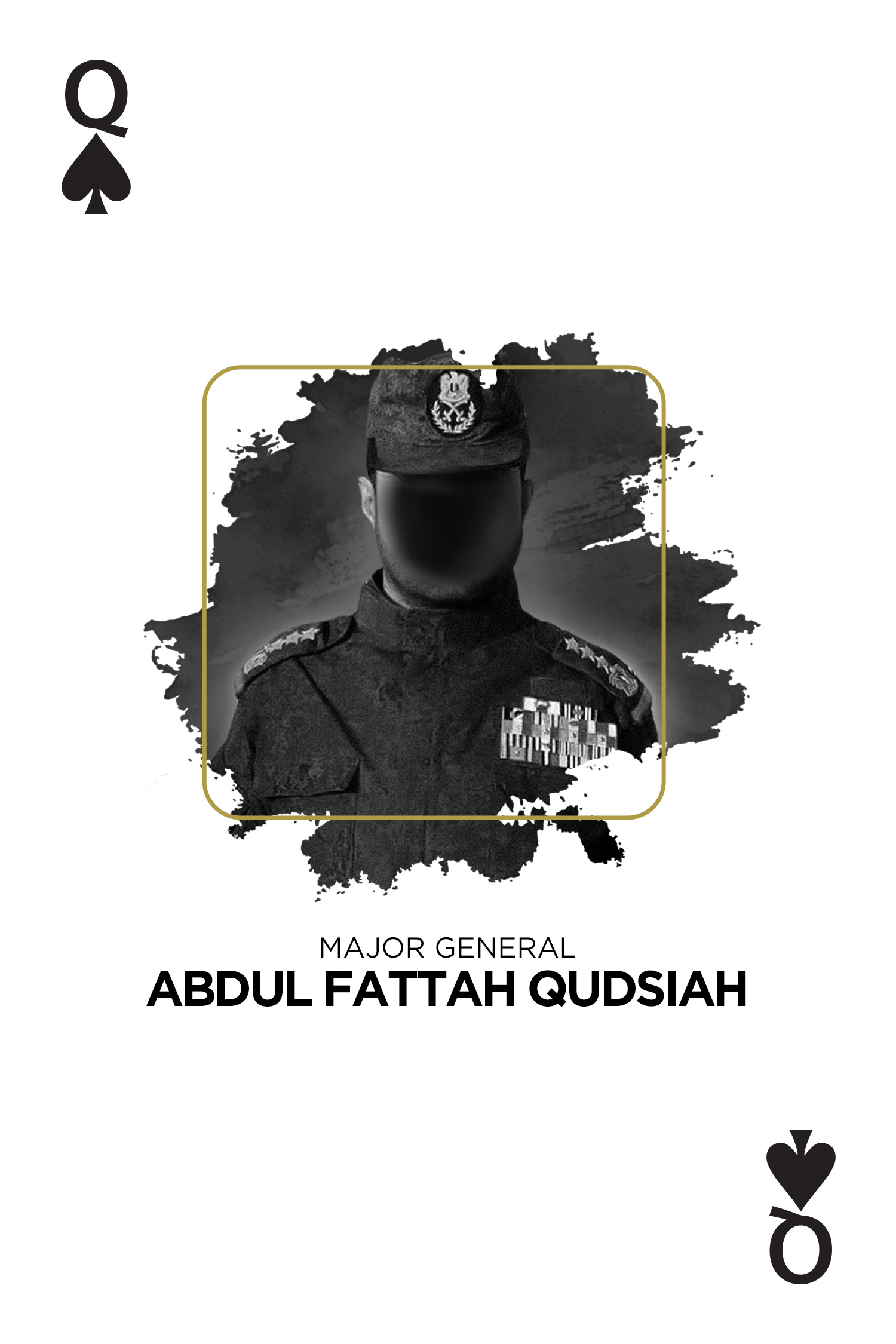 Vice-Director of the National Security Office

Major General Qudsiyeh is known for his harsh dealings with opposition members and his sectarian inclination. He has many enemies in the security [*silk], the most important of them being Major General Jamil al-Hassan, toward whom he has great enmity.

Upon the outbreak of peaceful protests in March 2011, Major General Abdel Fattah Qudsiyeh was president of the Military Intelligence branch. It played an essential role in repression operations, as it was the largest of the regime’s four intelligence services. Major General Abdel Fattah Qudsiyeh was one of the members of the Crisis Cell whose headquarters were targeted with explosives in July 2012.

Qudsiyeh is considered one of the most important officers responsible for the crimes and violations committed by Military Intelligence forces especially, and by the rest of the members of the security services in Syria. The most important of the accusations directed against him are as follows:

As a result of his criminal record, the name of Major General Abdel Fattah Qudsiyeh as appeared in a number of international reports that have document the crimes and violations in Syria, including a Human Rights Watch report published on December 15, 2011 entitled “By All Means Necessary! Individual and Command Responsibility for Crimes against Humanity in Syria,” and the report “Torture Archipelago: Arbitrary Arrests, Torture, and Enforced Disappearances in Syria’s Underground Prisons since March 2011”, which documented arbitrary detention, torture, and enforced disappearance in Syrian detention centers, as well as the report “We’ve Never Seen Such Horror,” which documents Syrian security forces’ commission of crimes against humanity in Dara’a. Other such reports include “If the Dead Could Speak: Mass Deaths and Torture in Syrian Prisons,” which documents murders committed by Syrian intelligence services, and “It Breaks the Human: Torture, Disease and Death in Syria’s Prisons,” which documents the modes of systematic torture conducted by the Syrian intelligence services in the repression of the Syrian people. Likewise, Major General Abdel Fattah Qudsiyehhas been placed on the British,[5] European,[6] Canadian,[7] and American sanctions lists because of his responsibility for a large number of crimes and violations committed against civilians.

[3] Martyrs of torture in the Regional branch 227: