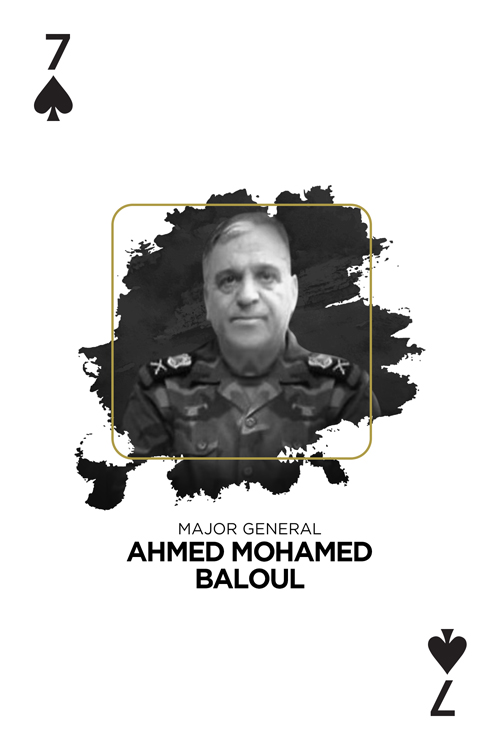 In October 2012, Bashar al-Assad issued a decision to appoint Major General Ahmed Baloul as commander of the Air Force and Air Defense, following Major General Issam Hallaq. This was due to his known criminal tendencies and absolute loyalty to the regime, which at that time was carrying out an aerial bombardment campaign with warplanes and helicopters against rebellious cities, towns and villages.

Despite Baloul reaching the legal retirement age in 2012, Bashar al-Assad has consistently renewed his service since then, given the major role he has played in carrying out the aerial bombardment campaign and displacing millions of Syrians—especially given that air forces have been the biggest culprit in causing forcible displacement and destroying the infrastructure of liberated areas.

Major General Ahmed Baloul is considered to be chiefly responsible—along with the pilots, crew and technicians of the Air Force—for killing hundreds of thousands of civilians, displacing millions, and inflicting destruction in populated areas. He has also taken part in the responsibility for chemical weapons attacks which were carried out with warplanes, the most recent of which was the Ghouta massacre in April 2018.

Major General Baloul is also responsible for all the crimes carried out by the 20th Air Force Division, particularly the crimes committed in the eastern Ghouta, where warplanes launched from the al-Dameer military airbase loaded with incendiary cluster and bombs; shells and incendiary containers packed with napalm; vacuum bombs; and shells loaded with poison gas. 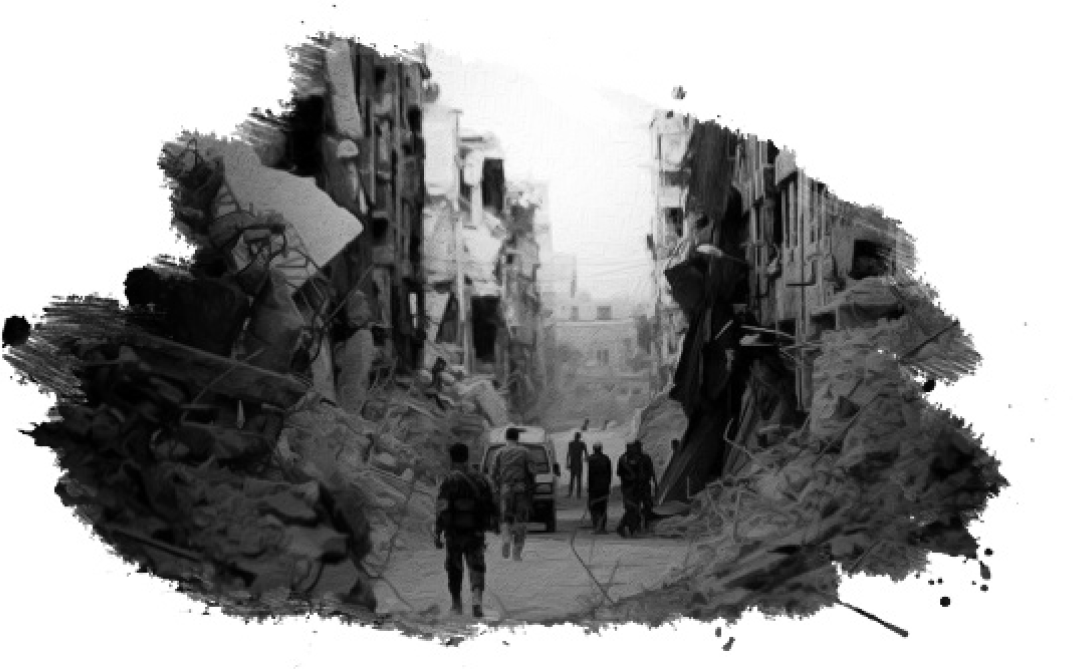 He is also considered one of the main figures responsible for facilitating the Russian Air Forces and coordinating its fighters’ bombardment operations on populated areas, as well as supplying the internationally-banned weaponry stored at the al-Dameer and al-Seen airbases in storehouses overseen by a technical group responsible for their receipt, storage and loading onto aircraft, under the authority of the 20th Air Force Division commander in the al-Dameer airbase, Major General Bassam Haidar, who was implementing orders issued to him from the director of the Air Force Intelligence Directorate, Major General Jamil al-Hassan, and Air Force commander Major General Ahmed Baloul. This included specifying the aircraft and assigning them the bombardment missions directly in the al-Dameer airbase and indirectly from the al-Seen airbase through the commander of the 17th Brigade, Brigadier General Mohamed Dibou.

It is worth noting that Major General Ahmed Baloul is subject to British[1], Canadian[2] and American[3] sanctions due to his responsibility for a large number of the crimes and violations committed against the Syrian people. What follows is a table of the massacres committed by the warplanes and helicopters under his command:

This list is joined by the hundreds of massacres which have resulted from bombardment operations carried out by the Air Forces, all of them documented through video clips, text files, with established facts and details.