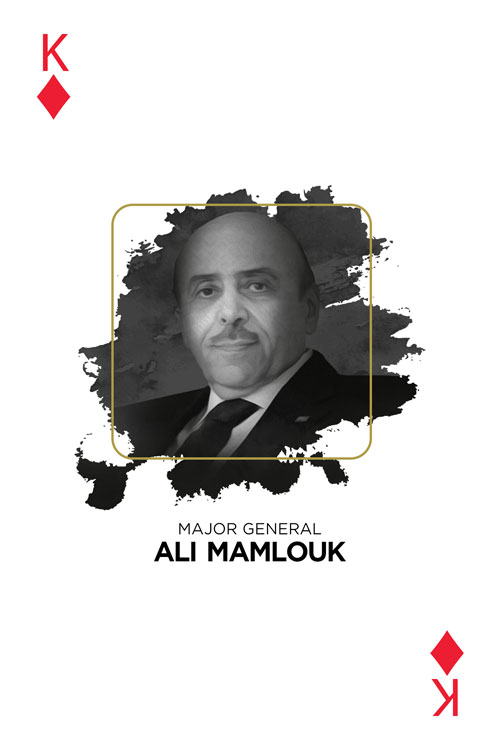 Ali Mamlouk was born in Damascus in 1949 to an Alawite family who had migrated from Alexandretta. He has a long history of helping establish Syria’s pillars of oppression and its security institutions. He joined Muhammed al-Khuli in the Air Force Intelligence agency and was entrusted with the position of heading its Investigations Branch. He rose through the agency’s offices until he became its director between 2003 and 2005. Today, he is considered a black box of the Syrian regime’s secrets.

Mamlouk’s criminal record dates back to the 1980s. The National Center for Truth, Justice and Reconciliation in Syria published a list (2002) which included 76 names of officers and called for them to be put on trial for committing crimes or for ordering them to be carried out. Mamlouk was in a high position, as he was entrusted with the task of overseeing the regime’s chemical weapons program. He was one of the officers to supervise chemical weapons tests from 1985-1995 and their use against political prisoners in the Palmyra prison in “Unit 417,” which was under the authority of the Air Force Intelligence, near the “Al-Safa” rest stop in the Abu al-Shamat area in the Syrian desert, where chemical weapons were tested on prisoners, and then the remains of the crime were eliminated through aerial bombardment.

In 2005, Mamlouk became head of the General Intelligence agency — “state security” — and worked to develop the administration and supply it with new monitoring methods and to repress public freedoms in Syria. Since then, he has been the face of the Syrian regime’s intelligence agencies, entrusted with the task of coordinating with international intelligence agencies, including American, European, Iranian, and some Arab agencies. This gave him space to hold on to a large number of regime portfolios from 2011-2018. 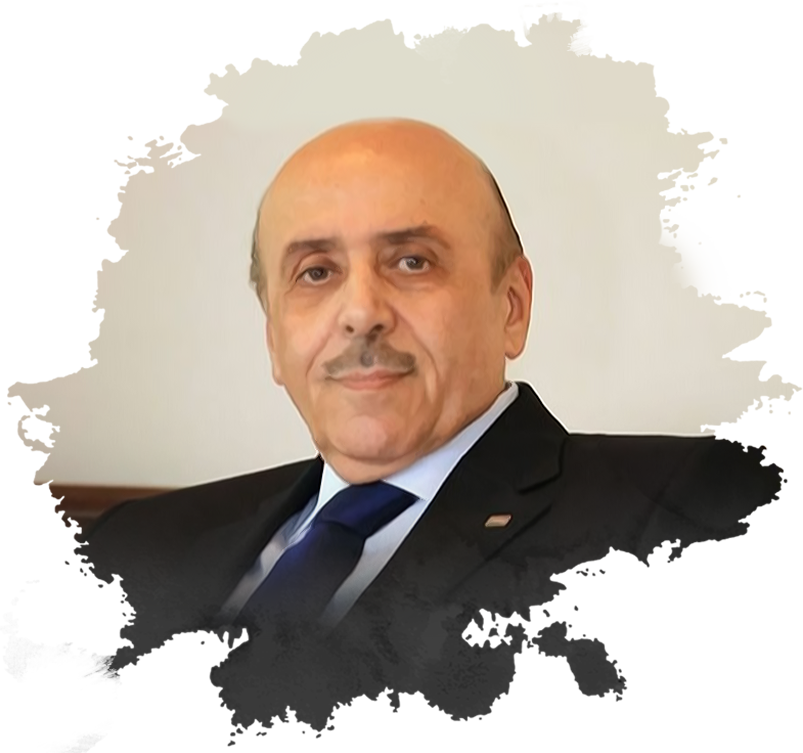 Following the outbreak of peaceful protests in March 2011, Bashar al-Assad entrusted Ali Mamlouk with the task of repressing the demonstrations, given his long history with the technologies of repression. He also entrusted him with responsibility for the General Intelligence Directorate’s Operations Room, which had a meeting place specified for the crisis cell (which was in charge of addressing the uprising) to meet every Friday — the day that the popular protests had been coming out. Mamlouk presented his reports to Bashar al-Assad directly, given that the state security agency is under the direct authority of the presidency.

Given his record of oppression, the United States placed Ali Mamlouk on the sanctions list against computer technology usage hackers in Iran and Syria in April 2012 due to the fact that he oversaw the communications program directed against opposition groups, which included technological and analytical support offered by the Iranian Ministry of Intelligence and Security. According to a statement by the American Treasury Department, Ali Mamlouk worked with the Iranians on securing technology and training for Syria, including internet surveillance technology. He also requested training from Iran for the Syrian General Intelligence agency regarding means of social media surveillance and other online tools. The statement said that the Syrian General Intelligence Directorate was complicit in serious violations against civilians, which included arbitrary arrests, ill-treatment of prisoners and deaths while in detention with the General Intelligence agency.

After the assassination operation against the crisis cell in Syria, General Ali Mamlouk was appointed head of the National Security Bureau, following Hisham Bakhtiar, who “died from his wounds” in July 2012. From the National Security Bureau, Mamlouk oversaw the work of all intelligence agencies, and giving them instructions with regards to the repression, violations and massacres which they carried out against Syrians in their prisons and torture chambers. 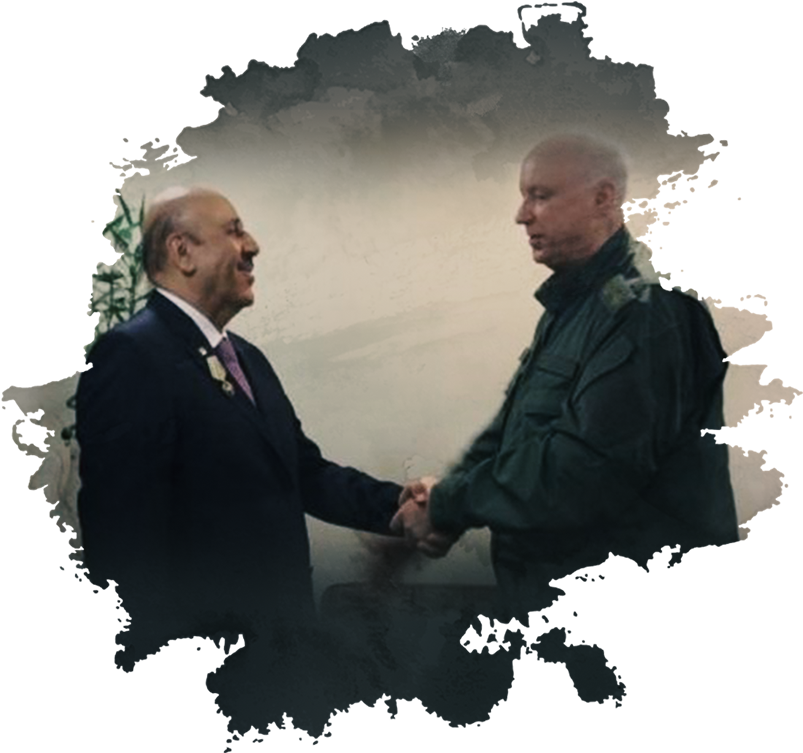 Ali Mamlouk is considered to be directly responsible for the following crimes: 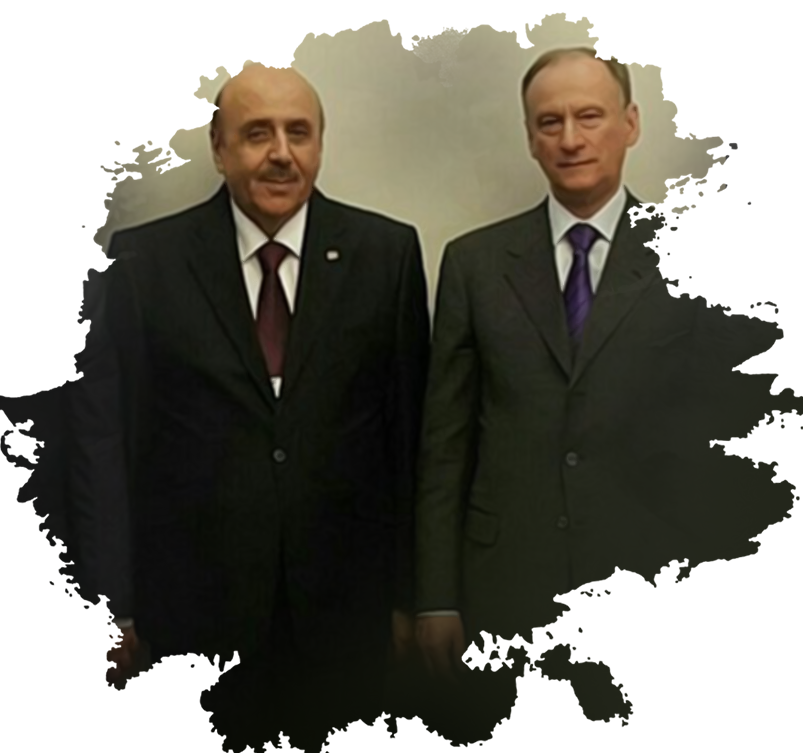 Based on this bloody record, General Ali Mamlouk was included in the British[2], European[3] and Canadian[4] sanctions lists, which assigned him shared blame for the crimes committed against the Syrian people.

Despite the accusations directed against Ali Mamlouk on an international level, in recent years he has repeatedly made trips to Arab and international capitals, visiting Egypt, Russia, and Italy with mediation from the Lebanese General Security Director Abbas Ibrahim, where he met with the Italian interior minister and the head of Italian intelligence. He was not arrested, despite his name being included on the sanctions blacklist, which led to questions about how serious the European Union was about standing up against terrorist acts.