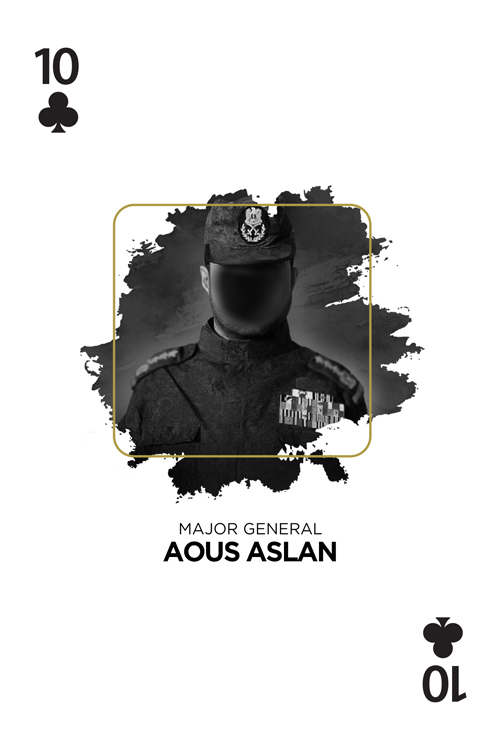 Aous Aslan enjoys influence in Syria’s military institutions as the son of the retired general Ali Aslan, who served as Chief of Staff in the Army and Armed Forces. The Aslan family belongs to the same clan to which Hafez al-Assad belonged.

Ali Aslan was one of the main figures to secure Bashar al-Assad’s transition to power after Hafez al-Assad’s death in the year 2000. Aous graduated from the Military Academy along with Bassel al-Assad at the rank of First Engineering Lieutenant.

In 2011, Aous Aslan was commander of the 40th Tank Brigade under the Fouth Division at the rank of brigadier general. His forces participated in the storming of the cities of Muadamiyat al-Sham and Daraya and carried out violations during these invasions — in particular in Muadamiyat al-Sham, which fell victim to the harshest campaigns of the Fourth Division and Air Force Intelligence (9/5/2011). Security forces surrounded the town and blockaded it for two weeks, and then invaded it using heavy military equipment and tanks. The operation resulted in the arrest of about 2,000 of the city’s residents. The city was then stormed another time in March 2013, and during this operation about 2,000 civilians were killed, including more than 60 women and 100 children. More than 3,000 people were wounded, including a large number who received permanent disabilities.

Aous Aslan bears responsibility (along with Major General Jamal Younes and Brigadier General Jawdat al-Safi and Maher al-Assad, who was leader of the 42nd Tank Corps) for the massacres committed at that time. A report by the Human Rights Watch organization published on 15/12/2011 under the title, “‘By All Means Necessary!’ Individual and Command Responsibility for Crimes against Humanity in Syria[1],” reported the practices of the regime forces under Aslan’s command, who imposed a long siege on Muadamiyat al-Shamwhich which led its residents to eat tree leaves and whatever else they could find, while his forces used snipers to shoot all those who tried to leave or enter. A massacre was also carried out in the city on 1/8/2012 which killed 86 people. They carried out another massacre[2] in September 2012, in which about 80 people were killed, as well as what is known as the “Great Daraya Massacre[3]” in August 2012, which killed more than 700 people, including children, women, and entire families. 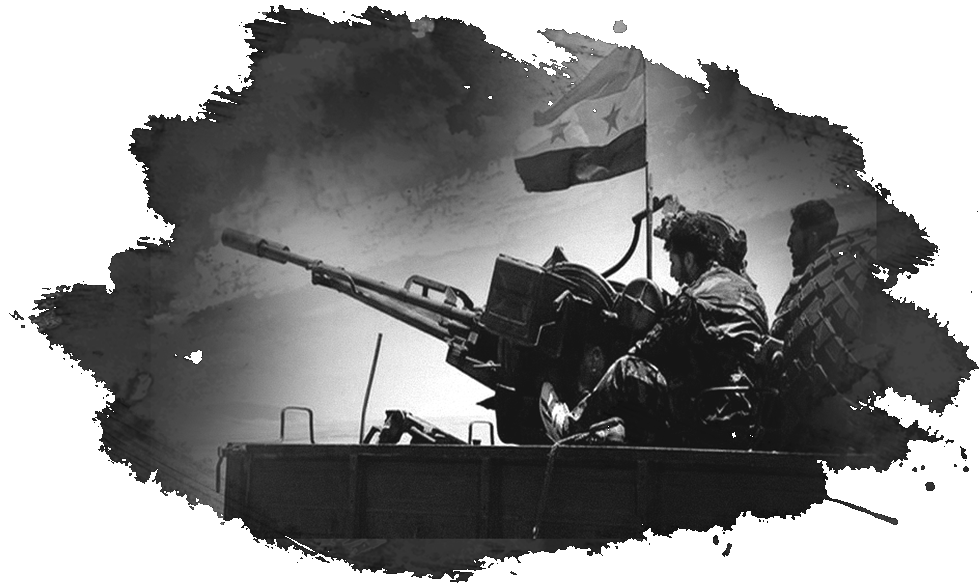 The Fourth Division’s men also had a major role in displacing and killing residents of the al-Qaboun district, which was surrounded and then invaded with heavy equipment in July 2011, with about 1,500 district residents arrested.

The violations were repeated in another operation in 2012, where the district witnessed indiscriminate bombardment by the Fourth Division’s tanks, with the campaign lasting about five days and leading to the displacement of more than 80 percent of its people, the razing of a segment, as well as at least 100 deaths and the arrests of hundreds — all in addition to the theft, looting and the total destruction of the district’s industry and infrastructure.

In July 2012, members of the 40th Tank Brigade stormed the Nahr Aysha district after bombarding it with tank shells and heavy machine guns, which killed and wounded a large number of district residents.

The 40th Tank Brigade under the command of Aous Aslan participated in the invasions of Daraa, Banyas, and al-Zabadani, which resulted in the deaths of thousands of civilians, as well as the invasions of the Barzeh and Tishreen districts, Damascus countryside cities such as Harasta and Saqba, and the suburbs of Qadisiya, al-Hema, and Wadi Barada at the beginning of 2017. 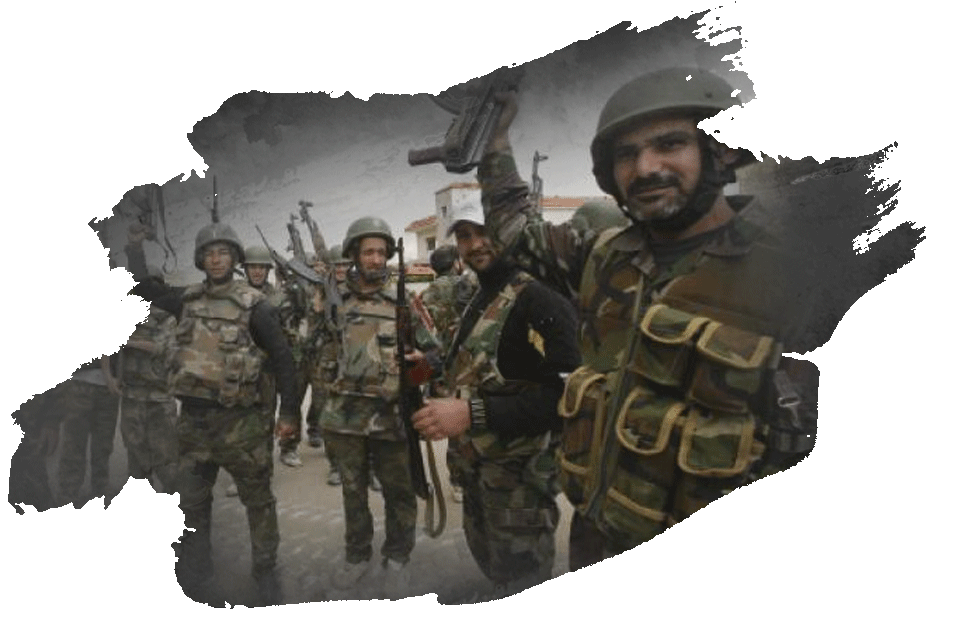 As a result of his major role in these horrific violations against civilians, Major General Aous Aslan has been subject to American[4], European[5] and British[6] sanctions.

Despite this, he was appointed in 2015 as deputy commander of the Fourth Division to continue his criminal operations in various areas in which the division’s units were deployed. At the end of 2016, he was then appointed commander of the Second Corps.

He enjoys major support from Russia. It was rumored that Bashar al-Assad wanted to remove him from the Corps command, but Russia ordered that he be returned immediately — all of which occurred in light of rumors that Russia was preparing Major General Aslan to succeed Bashar al-Assad.