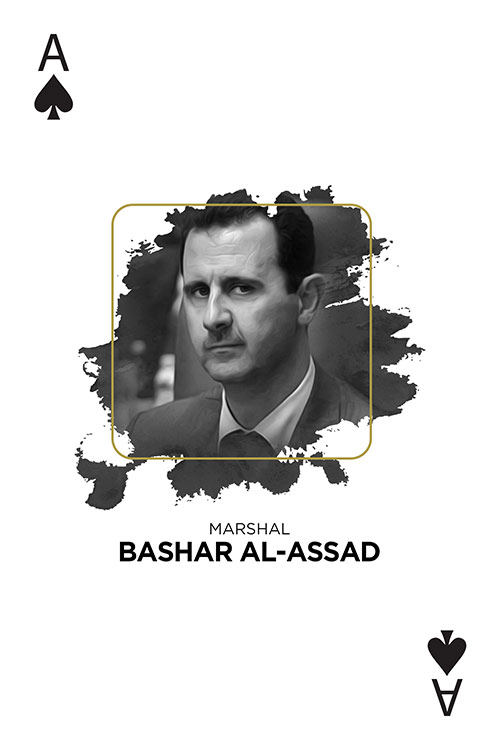 Bashar al-Assad was born in the province of Damascus on September 11, 1965. He is the third son of Hafiz Al-Assad, after Bushra and Basil. He studied at the College of Medicine at the University of Damascus, from which he graduated in 1988. From January 9, 1985, he volunteered for the army and the armed forces in administering medical services, and graduated at the provisional rank of First Lieutenant on June 8, 1988. He then worked in ophthalmology in Tishreen military hospital starting in 1992, after which he traveled to London, where he continued his specialization until 1994.

After the death of his older brother, Bashar returned to Damascus to undergo a concentrated training course, after which he was appointed in 1994 as president of the council of the administration of the Syrian Scientific Information Organization, which directs information activity in Syria. He was promoted to the rank of Captain in July 1994, then to Major in July 1995, then to Lieutenant Colonel in 1997, then to Colonel in January 1999. During this time he took up many files, the most prominent of which was Lebanon. 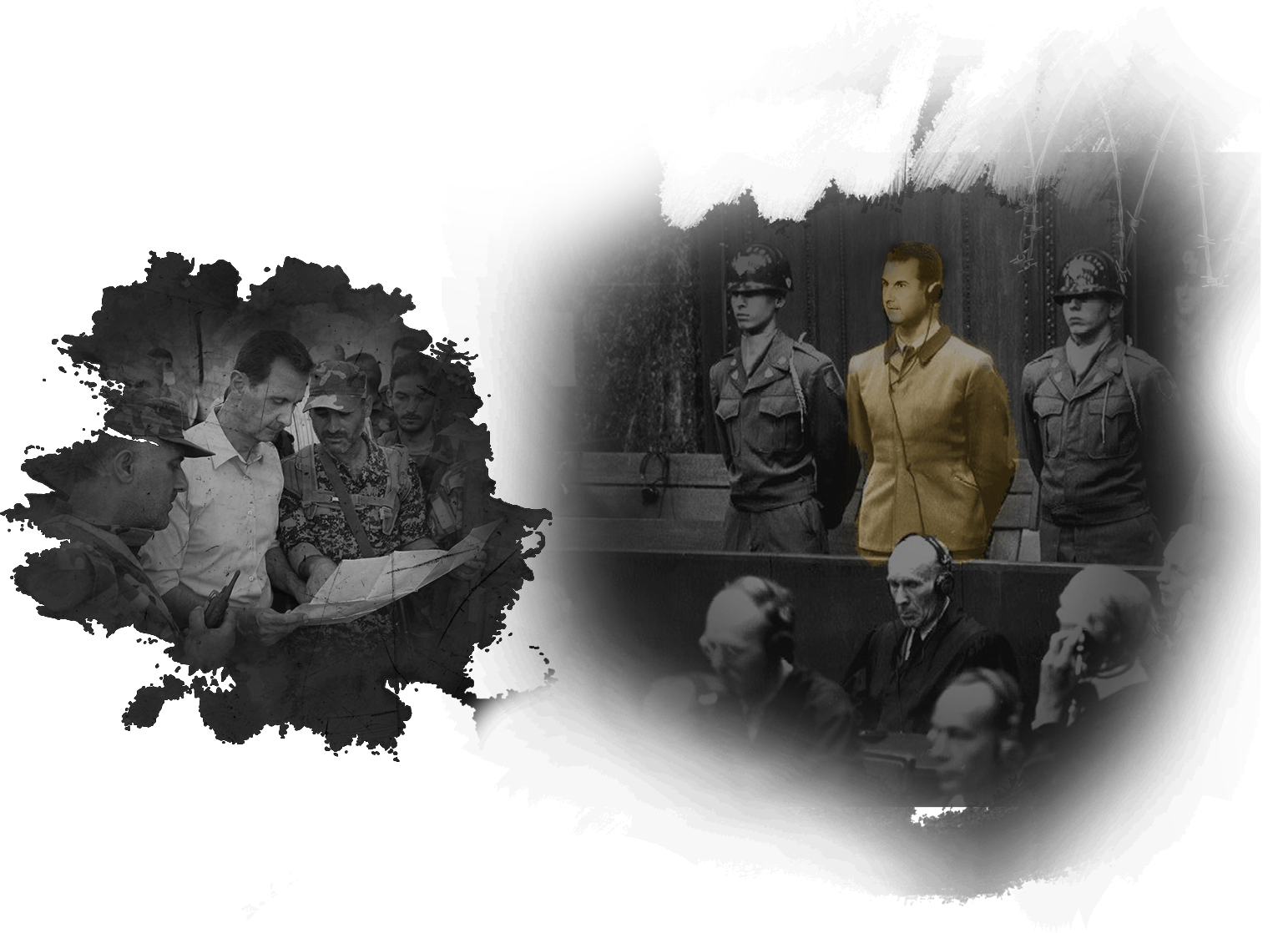 Upon the death of his father Hafiz al-Asad on June 10, 2000, ‘Abd al-Halim Khaddam, the Vice President of the Republic at the time, issued Legislative Decree No. 9, which promoted Bashar al-Asad – who was 34 years and 10 months old at the time – to the rank of Field Marshal, skipping over the ranks of Brigadier, Major General, and Lieutenant General. Likewise, he issued Decree No. 10, which appointed Bashar Hafiz al-Asad as General Commander of the Army and Armed Forces, simultaneously with parliament’s amendment of the Syrian constitution, with the consensus of its members, to lower the minimum age of the president from 40 to 34 years, with the goal of enabling Bashar to take up the position of president upon his election by the regional leadership of the Arab Socialist Ba’th Party.

In his first speech before the Syrian parliament on July 17, 2000, known as “the inauguration speech,”[1] Bashar al-Asad gave promises of reform, opening, and development, speaking about a new path of “development and modernization.” But the security services quickly took the initiative and aborted the aspects of opening that were known as the “Damascus Spring,” and the state continued on its repressive path domestically and abroad, as the Syrian intelligence services were accused of being behind many internal and external violations and acts of repression, perhaps the most prominent of which was the assassination of Rafiq al-Hariri, which forced the regime to withdraw its forces from Lebanon in April of 2005, and simultaneously generated tension in relations with other Arab states. 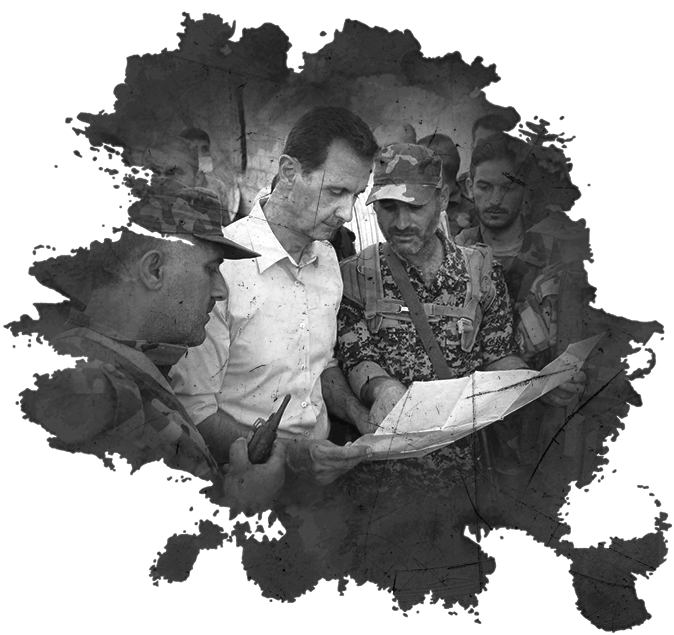 Upon the launch of peaceful protests in March of 2011, the Asad regime followed a policy of repression and use of heavy weapons to face protestors; the security forces attacked the al-‘Umari mosque in the city of Dara’a in April, leading to the death of 31 civilians. Dozens of the inhabitants of Dara’a were arrested, followed by the wide-ranging acts of repression in all of the cities that witnessed demonstrations against the regime, especially in Dara’a, Baniyas, Douma, Homs (where a massacre of around 500 victims took place in April 2001), Jisr al-Shaghur, and the city of Hama, which was stormed by the regime army[2] in August of 2011, resulting in the deaths of around 100 civilians and the wounding of many more. This took place simultaneously with similar storming operations in Dayr al-Zur and al-Bukamal.

On August 8, 2011, Bashar al-Asad – as General Commander of the Army and the Armed Forces and President of the Republic – removed Lieutenant General ‘Ali Habib from his position of Minister of Defense, and appointed Lieutenant General Daoud Rajiha as Minister of Defense, because Lieutenant general ‘Ali Habib was not satisfied with managing the security and military file in this way. This demonstrates that Bashar al-Asad is responsible for the development of events toward military escalation; he said in his famous speech before the Syrian parliament on April 30, 2011, “If you want war, then it will be war,” and he described the demonstrators as “criminals” and “bacteria.”

As a result of the embroilment of the army in the repression of demonstrators, and the use of brute force against civilians, the phenomenon of defection of officers began, starting with Lieutenant Colonel Hussayn Harmoush, who announced his defection on June 9, 2011.[3] Then acts of defection increased until the establishment of the “free officers” was announced, and then the “Free Syrian Army” on July 29, 2011.

Bashar al-Asad recognized that the revolution had not become armed until the month of Ramadan (August) of 2011,[4] when he affirmed his stance in support of a policy of the use of force against civilians, as there had not been a reason for the killing of demonstrators and cleansing of prisoners in the period stretching from April and September of 2011, and whereas in the period extending from March to November around 3500 people had been killed, thousands wounded, and tens of thousands arrested. The number of deaths, by the end of April 2012, surpassed 13,000.

When the Free Syrian Army took wide areas of the country, regime armed forces targeted liberated regions with artillery shells and rockets, and then helicopters using the ugliest blind weapon known by humanity to date, the barrel bomb. Then warplanes intervened against the Syrian people, leading to wide displacements in Dara’a, Damascus, Homs, Hama, and Idlib from Syria to Jordan, Lebanon, Turkey, and other states. Likewise, regime military operations led to the destruction of Syrian cities and metropolitan areas, and the commission of the most egregious crimes in modern history against the Syrian people, and has ultimately led to more than 700,000 deaths among the Syrian people, tens of thousands of people imprisoned, roughly 12 million refugees, among which are 6 million internally displaced and 6 million displaced outside of the country.

Bashar al-Asad is considered primarily and directly responsible for the violations of Syrian rights that have happened and are still happening, considering his post in the position of President of the Republic and General Commander of the Army and Armed Forces, considering the fact that the security services, militias, and National Defense Brigades follow him, and by dint of the wide authorities that he holds according to the Syrian constitution. 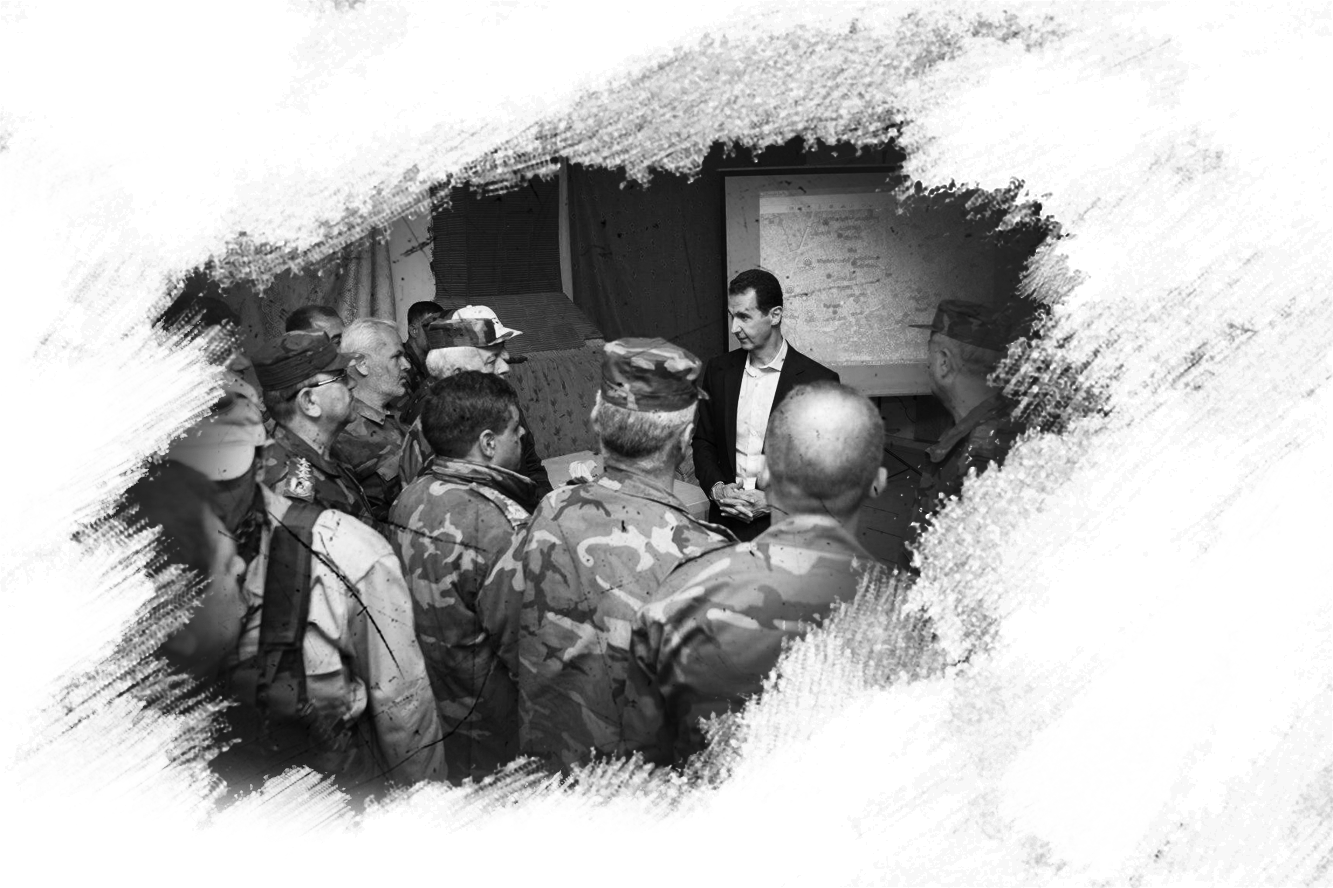 Based on these horrific violations the likes of which have not been witnessed since the Second World War, Bashar al-Asad is primarily responsible because of the positions that he holds, the authority that he wields, and the responsibilities that he has held throughout his presidency from 2000 to 2018. The international community must cooperate with the efforts that Syrians have made to hold him accountable for these crimes, bring him to justice, and ensure that he does not escape accountability and punishment.