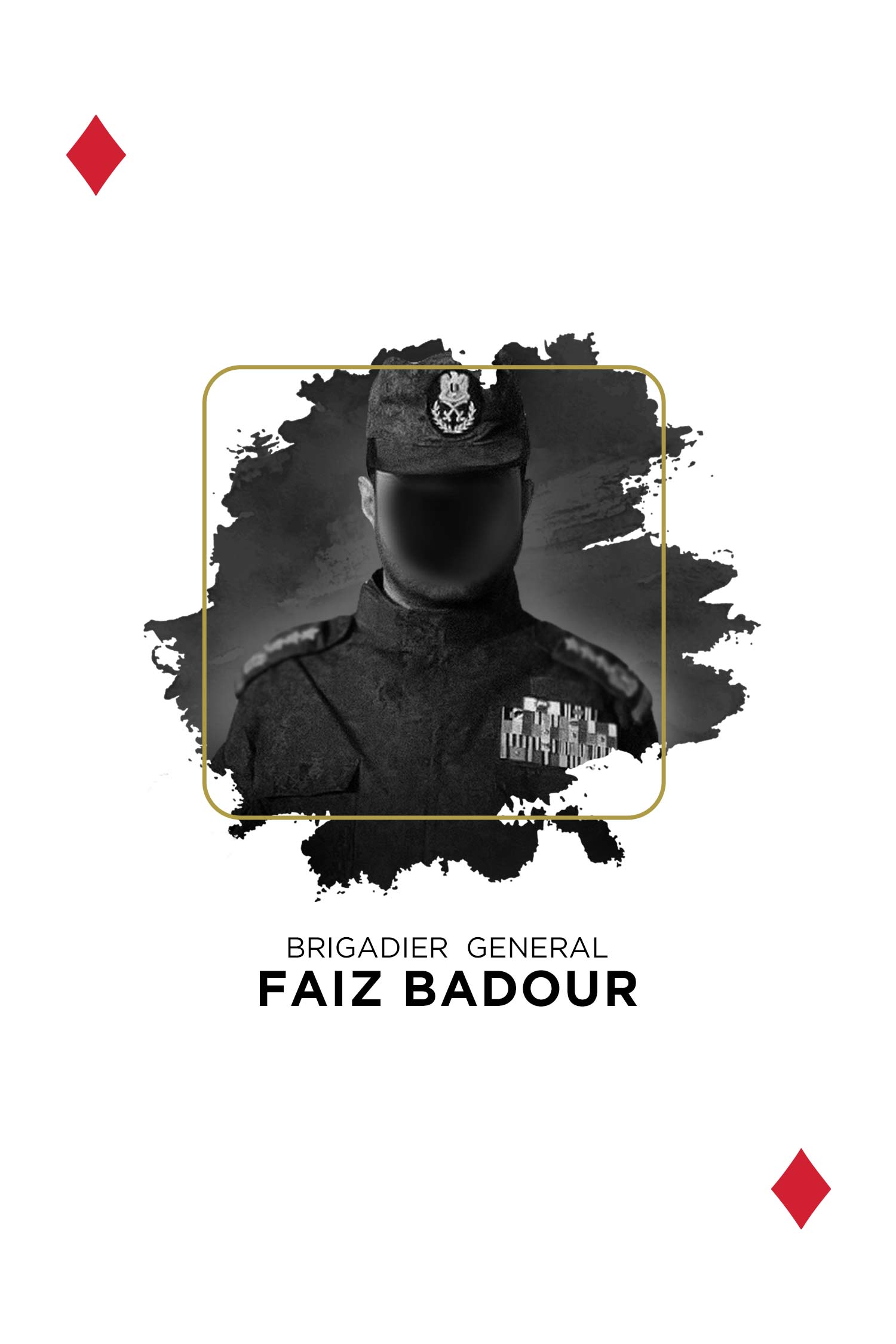 Brigadier General Fayez Baddour, who comes from the province of Latakia, was checked in the Syrian Armed Forces from an early stage. He graduated from the military academy and was assigned to the special units.

At the outbreak of peaceful protests in March 2011, Brig. Gen. Fayez was dispatched together with his battalion to the governorate of Hama. He was located in a government building that overlooked the road to Salamiyah, where he installed his first checkpoint. Baddour had very good relationship with the infamous Suhail al-Hassan, who was the head of the special operations department at the Air Force Intelligence Directorate at the time. They both collaborated in attacking towns and villages in Hama governorate. The head of the Hama Security and Military Committee Wajih al-Mahmoud[i] had given them full authority to operate their military offenses against the Syrian people in the city of Hama and its countryside.

Brigadier General Suhail Al Hassan, Major General Wajih al-Mahmoud, Brigadier, General Hassan Merhej, Commander of the 33rd Brigade of the Ninth Division, Colonel Jamal Younes, Commander of the 555th Battalion, and Colonel Saleh Alabdallah, Commander of Battalion 244, in all crimes and violations that took place in Hama and its countryside during the period 2011-2016. Some of these crimes committed by Brigadier Fayez Baddour are:

– The massacre of the Al-Arba’een Neighborhood (24/4/2012): Responding to the killing of two officers of the regime’s army, Baddour ordered a massacre that killed 18 civilians and wounded dozens. This massacre was committed in collaboration with Battalion 555 – Special Operations and the Air Force Intelligence – Military Security Branch)

– Massacre of Qubair (6/6/2012), which claimed the lives of 78; and went missing including women and children.

[i] Major General Wajih Yahya al-Mahmoud, was the commander of the division 18 (Armored) and the head of the security and military committee in the province of Hama for a long time.