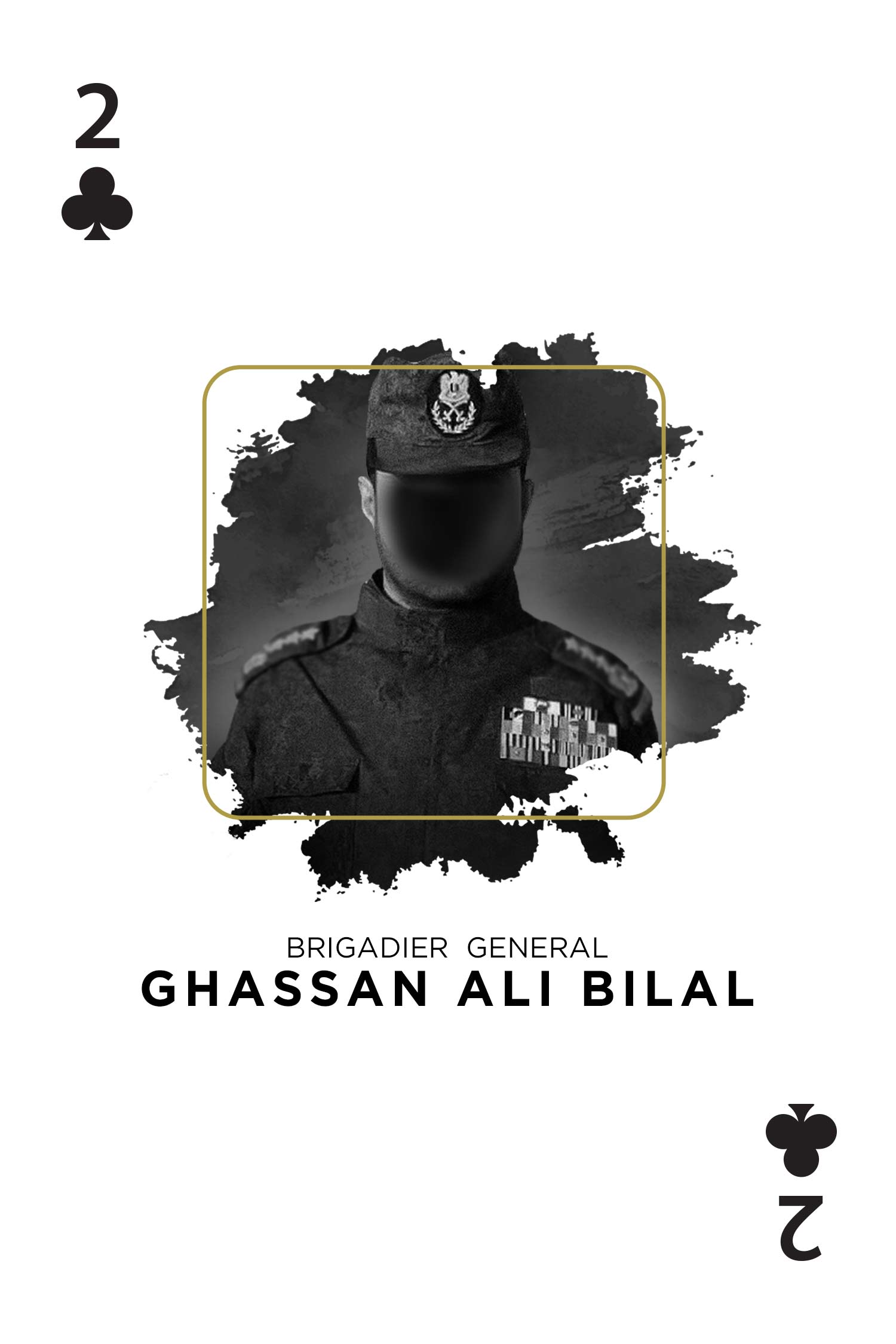 Current service position
Head of the Security department at the 4th Division; Commander of Regiment 555

As the son of a prominent army brigadier, Ghassan Bilal began his military service training alongside a select group of key Syrian figures, including Maher al-Assad, who were instructed by the late Bassel al-Assad to serve as part of the regime’s Special Task Force.

Bilal rose through the ranks of the army’s 4th Division to oversee the Security Office and become the right hand of his peer Maher, serving as confidant and business broker for the president’s son. During this time, Bilal is known to have played a major role in fabricating criminal charges against Maher Assad’s business rivals. He also played a key role in introducing Maher to businessman Mohammed Hamsho, fostering a strong business relationship between the two worth of hundreds of millions of dollars. Bilal also oversaw the business of Ayman Jaber, who made his fortune through his relationship with the Assad family.

At the outbreak of peaceful protests in March 2011, Bilal was a top aide of Maher Assad while heading the Security Office in the 4th Division, where he ran his own prison housed inside a four-floor underground complex. Detainees here were both military personnel and civilian inmates. Most detainees were civilians arrested by the 4th Division at their checkpoints or during military incursions, especially in Daraya and Muadamiyat al-Sham.

During this time, Bilal oversaw the systematic torture of detainees, which led to the death of a large number of inmates. During negotiations with the opposition in the cities of Darya and Muadamiyat al-Sham, Bilal refused to address the issue of the detainees, knowing that many of them had been transferred to other prisons or had been killed.

Due to the brutal force with which the Syrian government responded to civilian demonstrators, Brigadier-General Bilal was placed on British, European and Canadian sanctions lists. 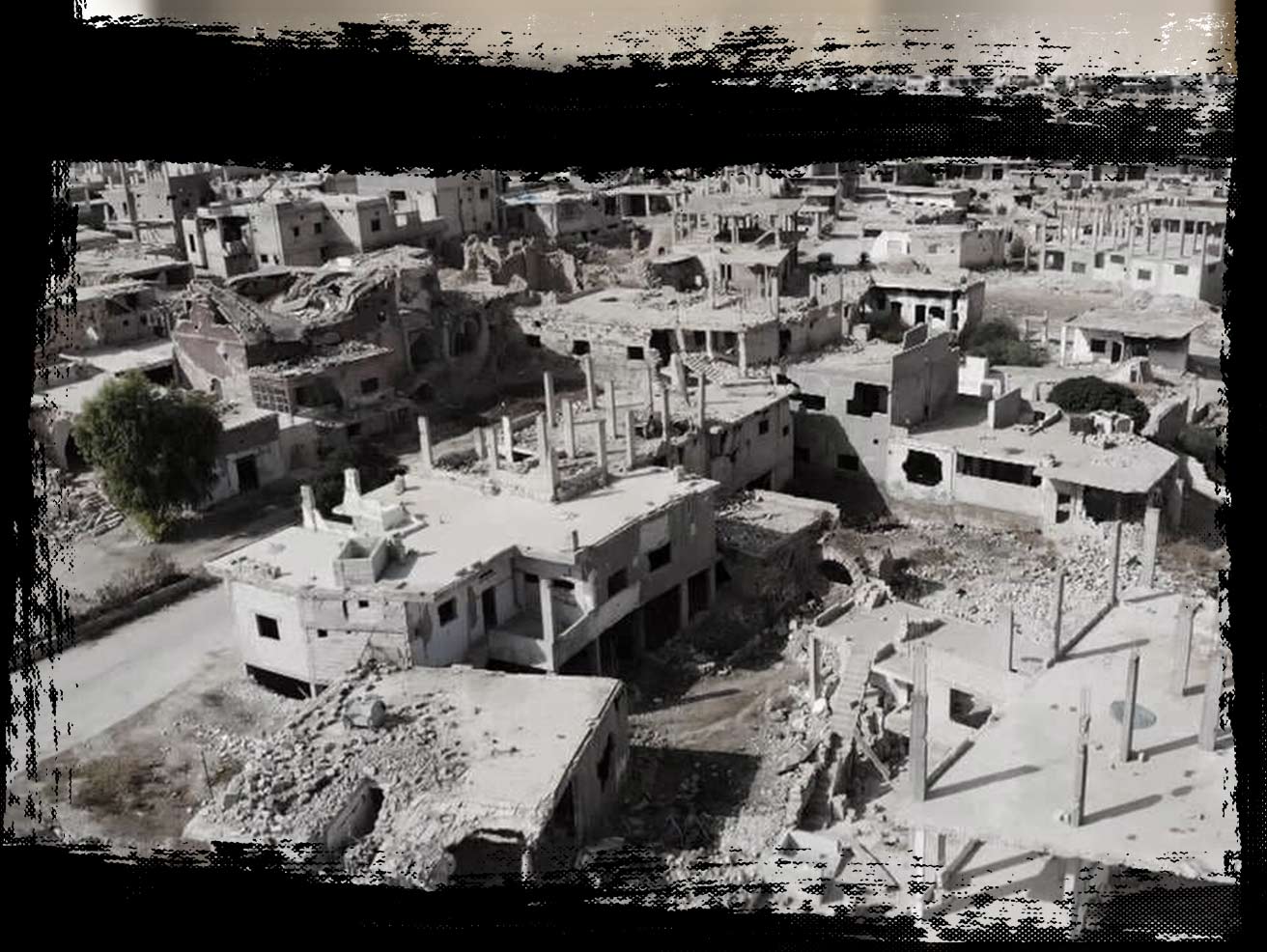 Bilal played a key role in imposing brutal sieges on these areas, which led to the starvation of many locals by depriving them of basic necessities for life. Bilal is also the main official responsible for operations to displace residents from the areas of Daraya and Muadamiyat al-Sham, from which a large number of people were driven out toward the opposition-held north of Syria.

In late 2013, while serving in his position as head of the Security Office, Bilal was assigned to lead the 555th Special Forces Regiment (Airborne) of the 4th Division. In this capacity, he supervised the military operations carried out by the regiment in areas of the Damascus countryside as well as in Daraa and Hama. A large number of civilians were killed in these operations.

In a testimony by one 4th Division defector, the officer said: “I saw people in this prison whose pallor showed that they had not seen the sun for years. Their utmost hope was to die (from the torture they had been subjected to) under the supervision of Lt. Col. Hussain Mreisheh, Director of the Office of Brigadier-General Ghassan Bilal, and staff warrant officer, Abu Joshua.”

Bilal has also developed close relationships with both Russia and Iran, the latter centralized largely on business and military/security interests.