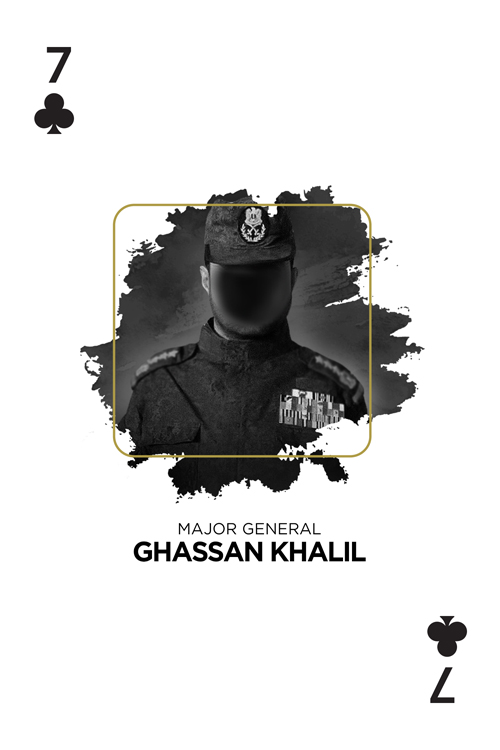 Major General Ghassan Khalil enjoys strong relations with Bashar al-Assad, as he had been part of the team appointed to protect him. He was later promoted within the security ranks, becoming head of Information Branch 255 in the State Security agency for a period from 2010-2013. This is the branch concerned with general information for the agency and the studies presented to it. It includes a number of important sectors, such as: religion, political parties, monitoring local and international media and website. It also administers many pro-regime websites or suspicious sites which claim to be opposition. It also carries out propaganda activities by writing comments and sending posts online, and overseeing the so-called “Syrian Electronic Army.”

When the peaceful protest movement broke out in March 2011, Ghassan Khalil, through his position as head of the Information Branch in the State Security Directorate, worked to suppress and pursue journalists penetrating social media sites with the aim of arresting them and throwing them in prison, foremost the Syrian blogger Tal al-Mallohi.

The violations he has committed included making a deal with BBC Arabic after releasing two of the channel’s correspondents who had been arrested by regime forces in Idleb province. The deal led to the arrests of a number of members of the opposition’s Barzeh coordination committee, when the channel’s correspondent Mohamed Ballout led members of the council to believe he would make a documentary about them. 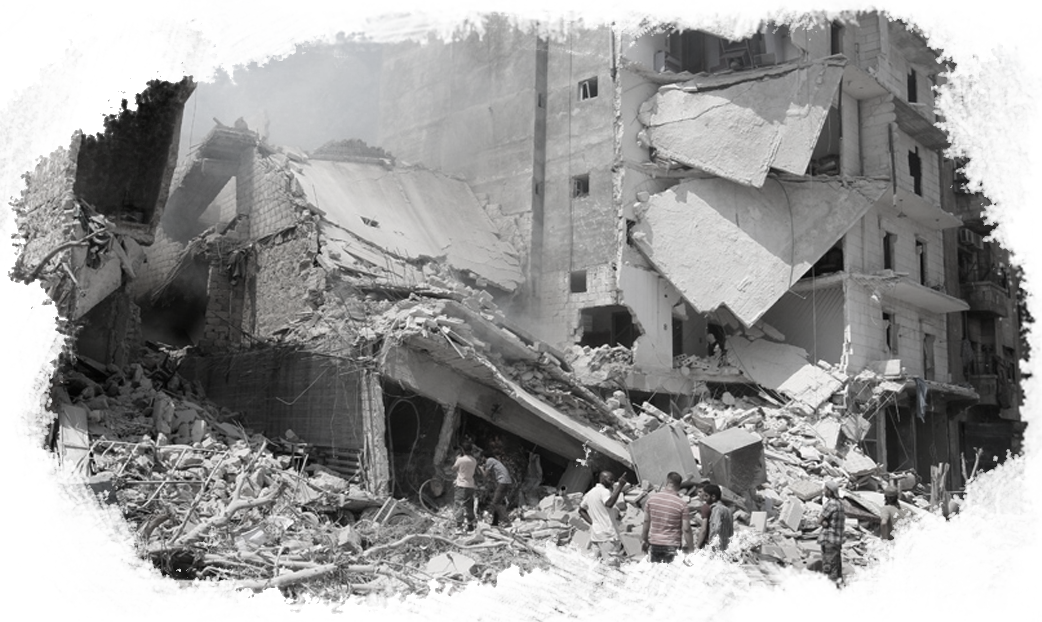 Based on these violations, Brigadier General Ghassan Khalil’s name was listed in the Human Rights Watch group’s report issued on 15/12/2011 under the title, “‘By All Means Necessary!” Individual and Command Responsibility for Crimes against Humanity in Syria.”[1]

In 2013, Ghassan Khalil was appointed head of the Foreign Branch, “Branch 279,” at the recommendation of Major General Ali Mamlouk, who was heading the State Security Directorate before being made head of the National Security Office. Sources say that him taking this post was at the recommendation of the Iranian command, given the major services that Ghassan Khalil had provided to Iranian forces to ease their operations in Syria—especially after Iranian intelligence supplied the Information Branch with espionage communications equipment which has contributed to committing widespread violations against Syrians.

Based on this cooperation, Iranian authorities wanted to give Ghassan Khalil greater authority through taking the Branch 279 position. This gave him greater powers of movement, as he traveled to Italy along with Major General Ali Mamlouk and Major General Mohamed Deeb Zeitoun in their trip to the country with the aim of strengthening cooperation with Italian intelligence. Iranian intelligence had wanted to achieve a new penetration into the European intelligence agencies by bolstering Ghassan Khalil’s position and enabling him to establish relations with a number of international intelligence agencies, which is what he has done.

At the start of 2017, Ghassan Khalil was promoted to major general and appointed to the post of assistant to the director of the State Security Directorate, Major General Mohamed Deeb Zeitoun.

Given his major role in violations which have occurred against millions of Syrians, Ghassan Khalil was included in British[2], European[3] and Canadian[4] sanctions lists.