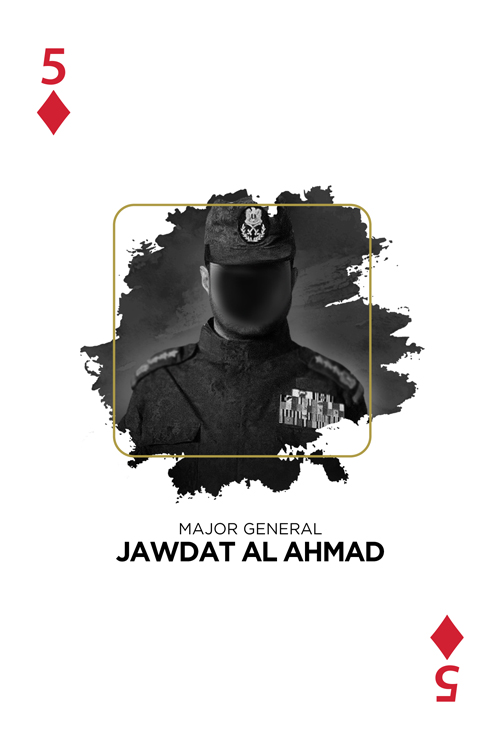 Jawdat al-Ahmad began his career as an officer in the powerful Air Force Intelligence Directorate (AFI), serving as a supervisor for Syria’s burgeoning chemical weapons program from 1985-1995. It was during this time that a series of chemical weapons tests were conducted by the regime on political prisoners detained at the notorious Palmyra (Tadmur) Prison.

Under the guidance of General Ali Mamlouk, testing took place at Unit 417, which is affiliated with the AFI, situated off the Palmyra Highway in the Syrian Desert. The experiments were initially carried out in confined experimental conditions, but were eventually tested in the open on victims through aerial bombardment. Regime pilots may have used this experience as training, which would explain their recent effectiveness at using chemical weapons for hitting targets from the air. It has been estimated that thousands of civilians were exposed to chemical weapons during this period of testing.

In 2003, after his promotion to the rank of brigadier-general, al-Ahmad was appointed to head the AFI’s investigation branch, where he served until in 2009 when he was tasked with leading the AFI’s eastern region branch in Deir Ezzor. At this time, al-Ahmad is suspected to have fostered relationships with various convicted criminal groups.

In late 2010, al-Ahmad was transferred to Homs to oversee the AFI’s central region branch. When the revolution broke out the following year, he played a key role in the ordering of civilian massacres, kidnappings and forced disappearances. He is believed to have coopted shabeeha paramilitaries into kidnapping and murdering detainees after their release from AFI custody.

Al-Ahmad also directly oversaw the regime’s response during the infamous Clock Square Massacre in the city of Homs. In 2011, security forces stationed in the vicinity and on nearby rooftops opened fire on a crowd of peaceful protestors, killing and wounding a large number of civilians.

Human Rights Watch named Brigadier-General al-Ahmad as a human rights violator in an extensive 2012 report on torture carried by regime security services.[1] He has also been placed on British and EU sanctions lists for his involvement in human rights violations, which has resulted in the freezing of his UK-based assets.

In July 2012, Warrant Officer Ibrahim Farzat of the AFI Homs branch defected in protest against violations carried out by his peers, accusing three officers of “committing crimes against humanity, acts of violence, rape and murder.” The three officers were revealed as Warrant Officers Abdul Karim Tarsha and Hassan Ali, and Brigadier-General Jawdat al-Ahmad. 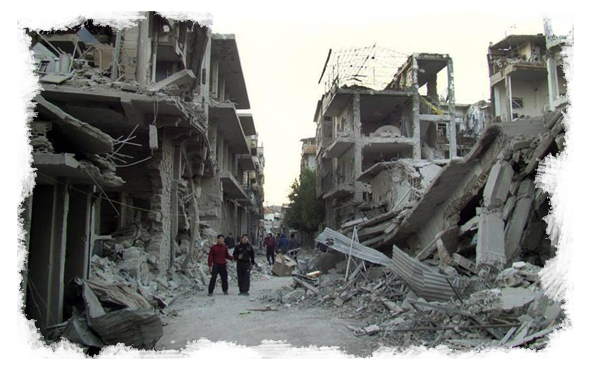 Former US Ambassador to the United Nations Samantha Power also mentioned al-Ahmad as part of a group of officers accused of torturing opponents and carrying out attacks on civilian targets.

“The United States will not let those who have commanded units involved in these actions hide anonymously behind the facade of the Assad regime,” Power told the UN Security Council.

“Those behind such attacks must know that we and the international community are watching their actions, documenting their abuses, and one day, they will be held accountable,” she said.

According to information obtained by Pro-Justice, Brigadier-General Jawdat al-Ahmad bears direct responsibility for the following massacres:

Brigadier-General Al-Ahmad bears direct responsibility for these horrific crimes, having ordered and supervised these violations, and coopted shabeeha paramilitaries to abuse and carry out the killing of the people of Homs on a sectarian basis.