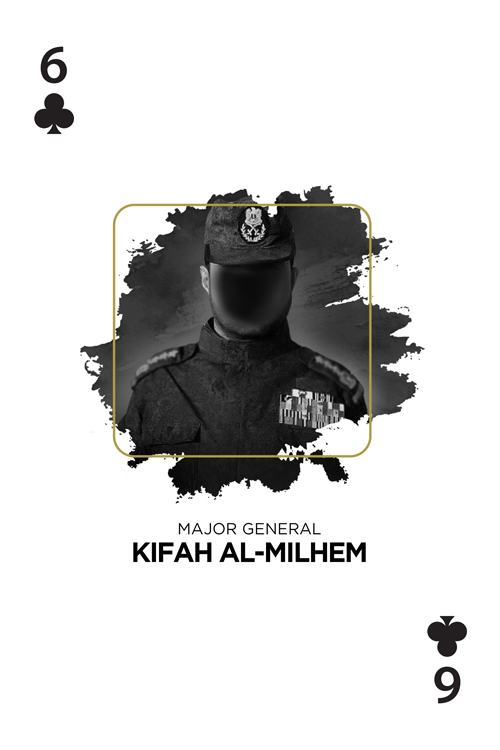 Major-General Kifah al-Milhem was born in Jneinet Raslan, Tartous, into an Alawite family. He was recruited into the Republican Guard where he served under Bassel al-Assad, serving as a channel of communication between him and former Prime Minister Mahmoud al-Zoubi. When Bassel Assad was killed in a car accident, Milhem was transferred to the Military Intelligence Directorate where he became the head of the Military Investigation Branch (Branch 248).

In March 2011, Milhem participated in the suppression of peaceful demonstrations in Damascus and its countryside, commandeering the forces of Branch 248 as it carried out a series of human rights violations against civilians. Branch 248 became renowned within the Syrian security apparatus for its brutality. Military intelligence directorates in other provinces were known to regularly transfer their detainees to Branch 248 for investigation.

Melhem is the prime individual responsible for the violations committed in Branch 248 through 2011 and 2012.

As Aleppo’s security situation deteriorated in 2012, Milhem, then a brigadier-general, was appointed to head the city’s Military Security Branch where he continued to carry out criminal violations. During this time, Milhem was one of the senior-most supervisors of the local Shabiha paramilitaries. He was directly involved in recruitment operations, and ordered units to carry out kidnappings and the subsequent extortion of victims’ families for ransom money. The kidnappings proved a lucrative source of revenue that was shared between Milhem and Shabiha militants.

Milhem also supervised the killings and tortures carried out at the Aleppo Military Intelligence branch (Branch 290), where personnel are reported to have committed serious violations on detainees. A July 2012 report by Human Rights Watch documented the testimonies of detainees who were subjected to human rights violations in Military Intelligence branches, including in facilities commanded at the time by Brigadier-General Milhem.[1]

At the end of 2012, Milhem was transferred to the coastal city of Lattakia to serve as head of the local Military Intelligence branch. Here he was involved in the recruitment of Shabiha personnel and ordering the militias to carry out crimes on behalf of the Military Intelligence Directorate, including kidnapping and libel in collaboration with the late Hilal al-Assad, who is said to have held detainees in the Lattakia Sports City complex. Milhem also took part in the Assad regime’s military operations in the northern countryside of Lattakia, where he, together with other regime officers, were responsible for the violations and crimes committed in the Kurd Mountains and Turkmen Mountain in the northern Lattakia countryside.

Milhem appears on British[2], EU[3] and Canadian[4] sanctions lists for his role in numerous criminal violations against the Syrian people.

Only one known photo has been published of Milhem, in which the major-general is seen alongside Bassel Assad. 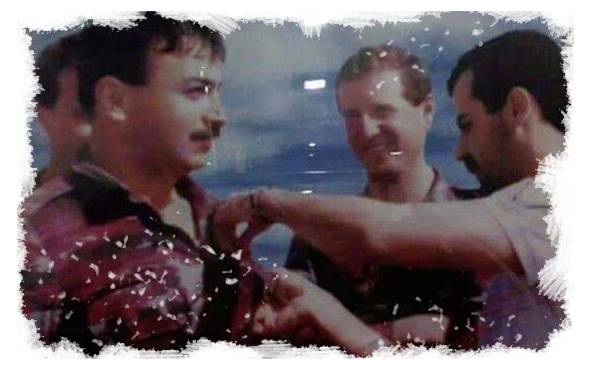