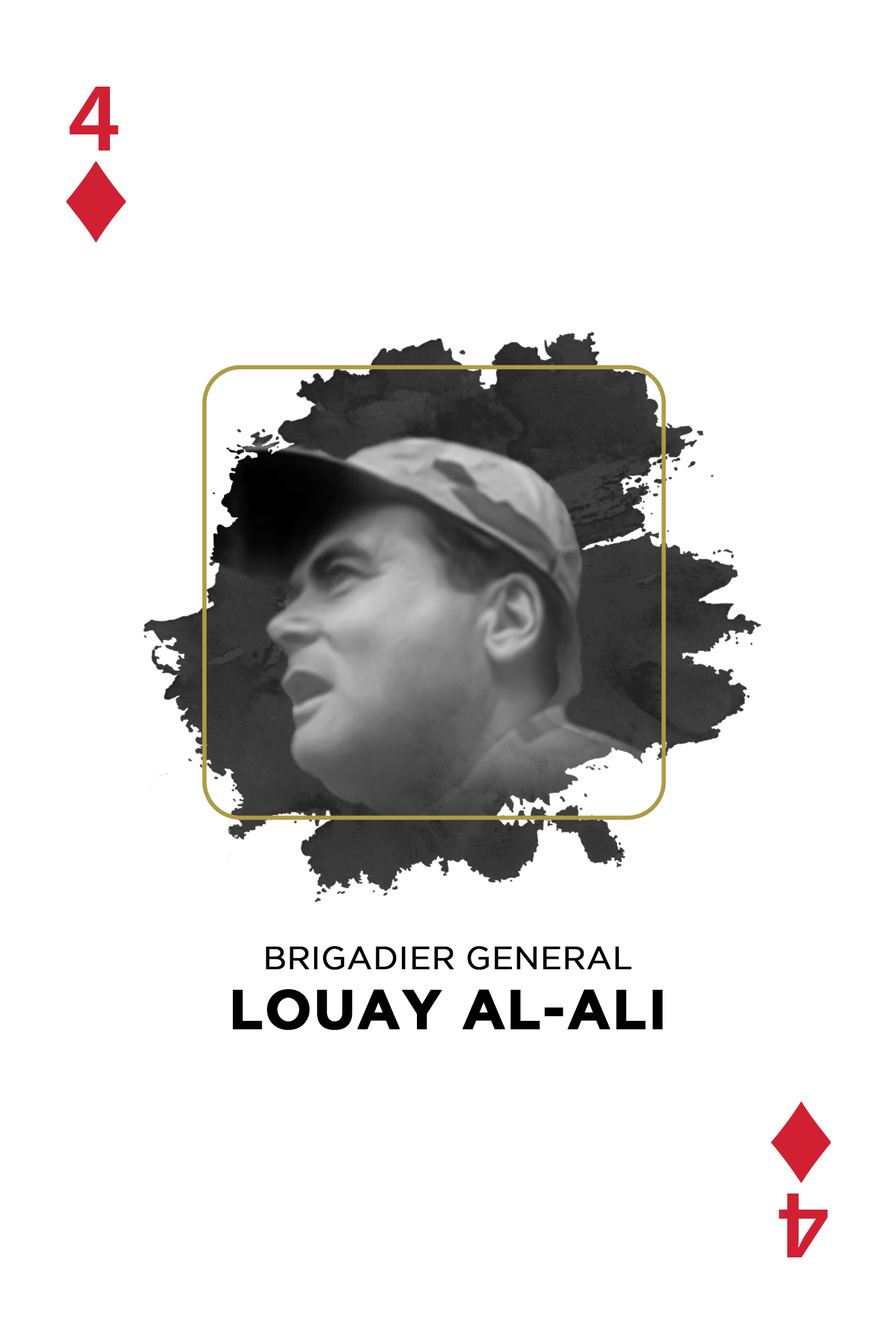 Brigadier-General Louay al-Ali began his military career working within Syria’s intelligence agencies, serving early on as a second lieutenant for the military security section in the village of Nawa (Southern Syria), an affiliate of the Suweida Military Security Branch. He was later promoted to the rank of captain and transferred to the military security section in Irza, where he served until being promoted to lieutenant colonel and transferred to Al-Sanamayn.

In 2011, al-Ali was awarded the rank of colonel and appointed to head of the Daraa Military Security Branch after undertaking military training in Sudan. He is known for his sectarian fanaticism and his brutal methods for dealing with the people of Daraa province, where the regime charged him with suppressing the peaceful protests which took place in the governorate. He was one of the orchestrators of the fatal storming of the Omari mosque in the city of Daraa, which killed 30 people.

Along with Brigadier-General Wafiq Nasser and Brigadier-General Suhail al-Hassan, al-Ali was part of the brutal response toward demonstrators who tried to break the siege of the city of Daraa on 29 April 2011, killing 120 people and arresting hundreds more. He participated in the subsequent raids and attacks on the city, as well as its siege from 25 April–5 May 2011. Large-scale sweep operations also took place, resulting in the detention of around 2,000 people in the municipal stadium of Daraa where witnesses reported cases of mass-executions.

According to the testimony of one dissident officer, Salim Abu Omar, “The biggest role in the military operation was the role of Colonel Louay Ali, head of military security in Daraa. But what I was surprised at that time was the participation of dozens of volunteers in military security in operations, covering their faces with masks.”

In another HRW report[2], one defector and former career officer in the Presidential Guard, “Afif”, told the rights monitor that he was arrested and tortured by Military Intelligence agents first in Daraa, and then in Damascus, for his role as a protest organizer in Daraa. He said that the people who arrested him in Daraa included Colonel Wafiq Nasser, Colonel Louay al-Ali, Colonel Osama Hadj, and Colonel Nadal Abdallah, “all of whom he knew personally.”

HRW reported that “after strip-searching and beating him in the Military Intelligence facility in Daraa, intelligence agents transferred him to branch 291 in Damascus where, for eight days, they brutally tortured him with electric shock and prolonged beatings. Afif said that although he was blindfolded all the time he was held at branch 291, he recognized (by their voices and by asking them directly) two of the interrogators who tortured him as Brigadier General Salah Hamoud and Colonel Asef Dakkar, both of whom he knew from the time he served in the Presidential Guard. Afif said that toward the end of his detention the director of Military Intelligence Abdul Fatah Kudsiyeh interrogated him and, unsuccessfully, tried to get him to cooperate with the authorities.”

Due to his criminal actions, Louay al-Ali was named in a Human Rights Watch report issued in July 2012, entitled, “Torture Archipelago: Arbitrary Arrests, Torture, and Enforced Disappearances in Syria’s Underground Prisons since March 2011”.[3]

An investigation conducted by the EuroMed Rights group, entitled “Detention of Women in Syria:  A weapon of war and terror,” reported that women were tortured, raped and endured other violations in various security branches. It documents a number of eyewitness testimonies related to the military intelligence branch in Daraa, which was headed by then-Colonel Louay al-Ali. 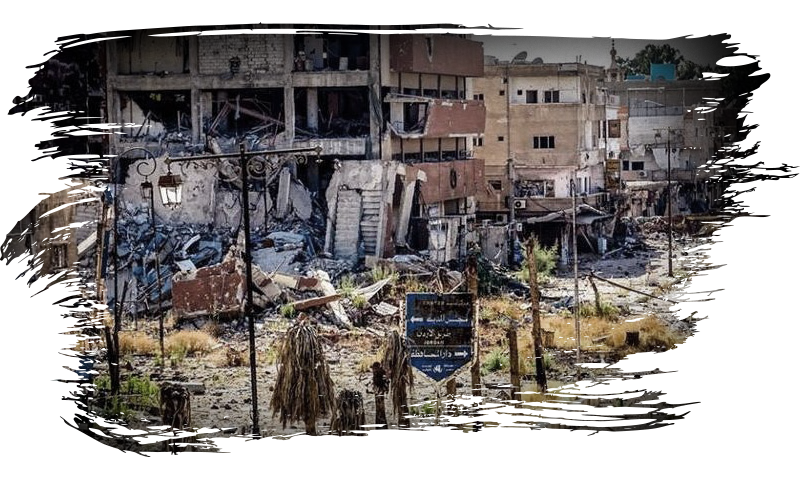 Louay al-Ali is directly responsible for numerous violations carried out within the military security branches which he oversaw, including the rape of women and children. In an investigative report by French website Mediapart, Colonel al-Ali was reported to have permitted the unrestricted violation of detainees by his subordinates.

Furthermore, Louay al-Ali is responsible for issuing orders to target the liberated neighborhoods of Daraa with mortar fire, and then blaming the rebels for that. He is also responsible for launching raids on a number of towns and villages in Daraa governorate. Some of these campaigns are laid out below:

Brigadier-General al-Ali is subject to Canadian[5], British[6] and European[7] sanctions as a result of his violations against the Syrian people. Despite his criminal conduct, the regime promoted him to the rank of brigadier-general and appointed him as head of the Military Security Branch in Suweida, succeeding Brigadier-General Wafiq Nasser in early 2018.

During his time serving as head of the military security branch in Suweida, al-Ali has been accused — alongside Major-General Ramadan Ramadan, the commander of the 9th Division, and Colonel Nizar Fendi, commander of the Assault Battalion — of kidnapping and extortion in the province of Suweida, as well as setting up networks to infiltrate the ranks of the opposition. The three officers were also accused of imposing “reconciliations” on the cities and towns of Daraa and forcibly displacing residents, as well as other major violations committed in the southern province.

[2] Neistat, A., & Solvang, O. (2011). ” By All Means Necessary”: Individual and Command Responsibility for Crimes Against Humanity in Syria. Human Rights Watch.

[4] He was later killed by a sniper during the storming of Al-Sadd Neighborhood on February 23, 2012