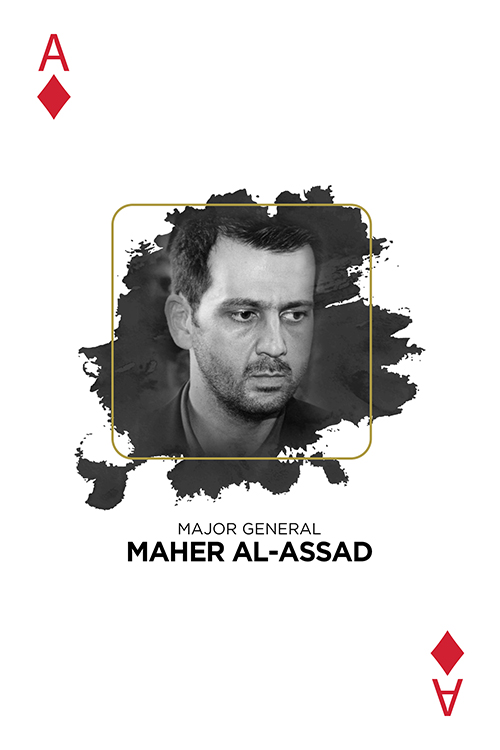 Previous positions of service
2009 Officer of the Fourth Division

Maher Al-Assad was born on December 8, 1967, and is the third son of Hafiz Al-Assad.

He studied Mechanical Engineering at Damascus University, and after his graduation he joined the War College. He climbed the military ranks quickly, reaching the position of commanding 42 tanks in the Fourth Division, and was promoted in July of 2017 to the rank of Major General. 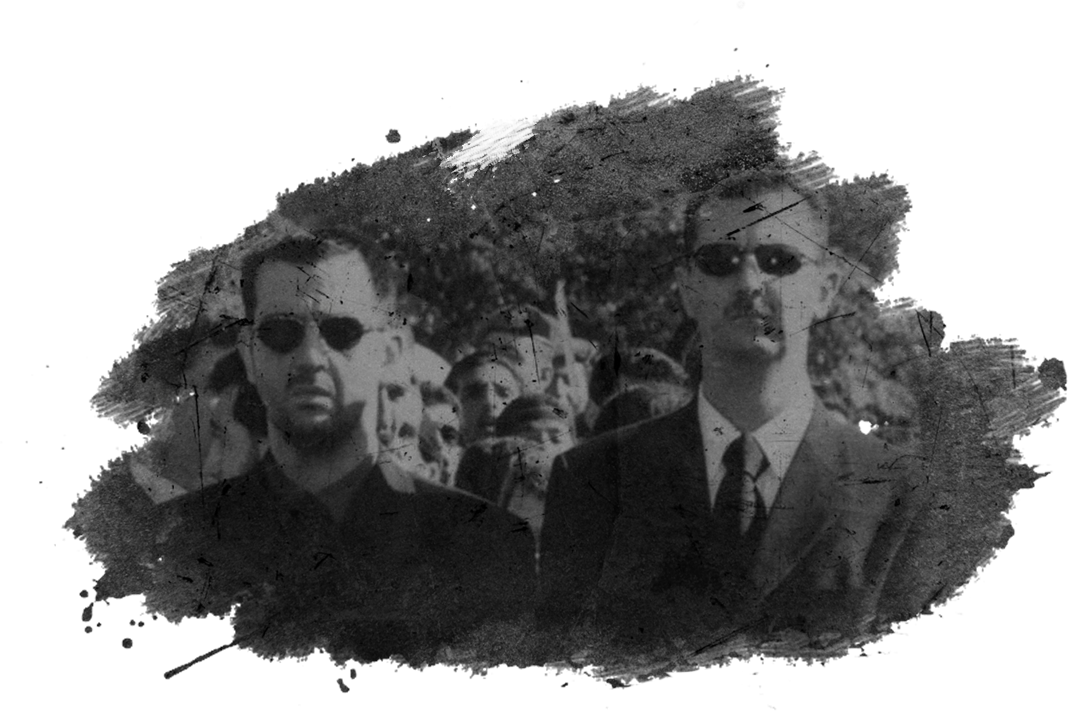 In April of 2018, he was named the leader of the Fourth Armored Division of the Syrian Army.
Maher Al-Assad has a bloody history preceding the revolution. He participated directly in the repression of the Kurdish uprising in 2004, in which members of the Fourth Division committed serious transgressions against the Kurds in the northeastern region, not to mention the Sidnaya massacre of 2008.

Upon the outbreak of the Syrian Revolution in 2011, the Fourth Division took up the primary role in the repression operations committed by regime forces for several reasons, the most important of which were that the Fourth Division descended from the defense units that had committed the massacres of the 1980s against Syrians, especially in the city of Hama in 1982, and because most of the members of the Fourth Division are of the Alawite sect, to which Bashar and Mahir al-Asad belong.

Major General Maher Al-Assad is considered directly responsible for all of the crimes committed by the Fourth Division since the beginning of the revolution even though he was not officially the leader of the division until April of 2018, since he is its de facto leader since he reached the rank of Brigadier. 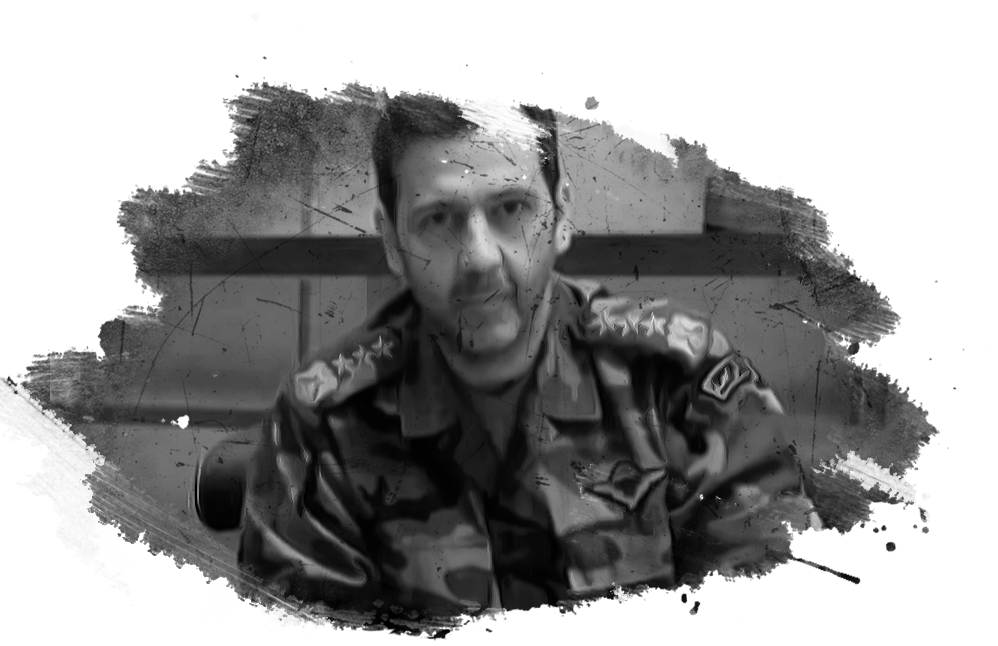 As a result of his many crimes and bloody record, the poison of Major General Maher Al-Assad became apparent in a report by the organization Human Rights Watch, published on December 15, 2011 under the title “By All Means Necessary! Individual and Command Responsibility for Crimes against Humanity in Syria,” which quoted a fighter who had defected from the Syrian Army and had served in the 555th Special Forces Regiment (Airborne) of the Fourth Division. The leader of the Regiment, Brigadier Jamal Younes, who reported directly to Mahir al-Asad, gave verbal orders to open fire on protestors during the deployment of forces in Mu’adamiyya.

The report also cited another soldier, who claims and asserts that the orders came from Maher Al-Assad, and that “At the beginning, with the start of demonstrators, Brigadier Jamal Younes said to us that we were not to open fire. But afterwards, it seemed that he received additional orders from Maher. It seems that he had a document that was distributed to officers, then the officers pointed their rifles at us and told us that we were to open fire directly on the demonstrators. Eventually they told us that the document had orders from Mahir al-Asad to use all possible means.”

In a report from September 15, 2013, the German newspaper Die Welt discussed the crimes of Maher Al-Assad, describing him as brutal, and argued that he is a criminal who played a role in repressing the Syrian people. 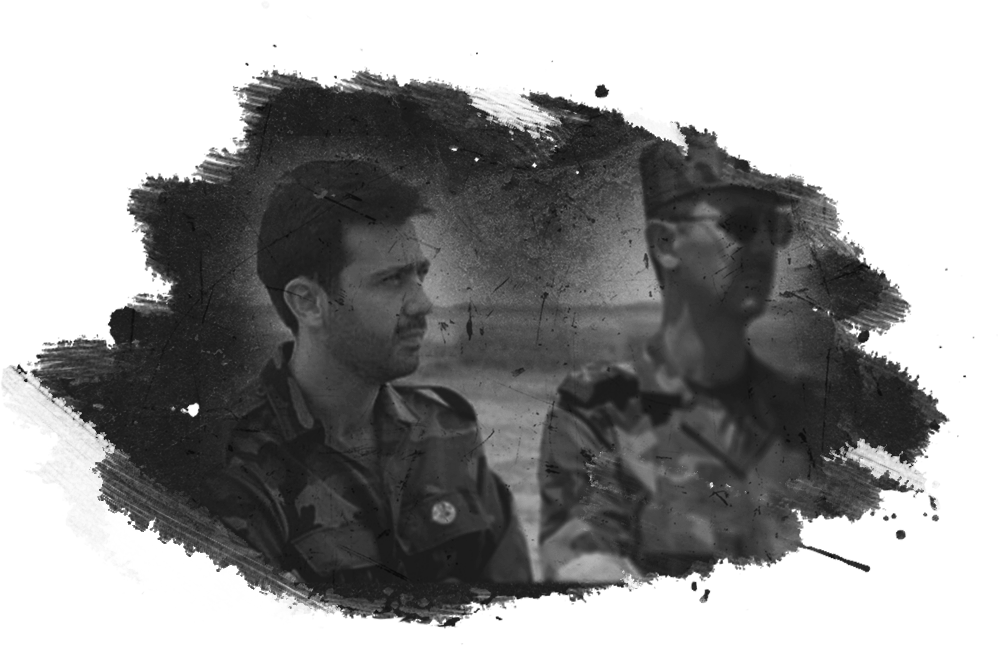 As a result of his involvement in these horrifying violations and crimes against the Syrian people, Brigadier Maher Al-Assad has been listed on British, European, Canadian, and American sanctions lists. Among the most prominent of the crimes that the Fourth Division committed in the first stages of the revolution were:
• Massacres against civilians in the cities of Dara’a and Nawa at the outbreak of the revolution in April 2011.
• Massacres committed by the Fourth Division in the Damascus countryside, and especially in Mu’adamiyyat al-Sham, Daraya, Qabun, Zamalka, Dummar, Duma, ‘Abbassiyya, Harasta, and the neighborhoods of Jobar, Barzeh, and Tishreen.
• Massacres committed by the Fourth Division in the city of Homs, especially in the neighborhoods of Baba ‘Amru, Khalidiyya, and al-Bayyada.
• Crimes committed by members of the Fourth Division in Hama and its countryside, especially in the storming of the city Hama in August of 2011, and subsequently the northern and southern countryside of Hama.
• Participation in battles that led to the expulsion of the people of Mu’adamiyyat al-Sham, Daraya, Wadi Barada, Eastern Ghouta, Dara’a, and Qunaytra, from which resulted in the killing of tens of thousands and the displacement of hundreds of thousands.
• Random detention of tens of thousands of Syrians by members of the Fourth Division in Damascus and its countryside; the killing of hundreds of these detainees under torture in the division’s jail has been documented. Brigadier Ghassan Bilal, the director of the security office of the Fourth Division, is considered directly responsible for these violations. 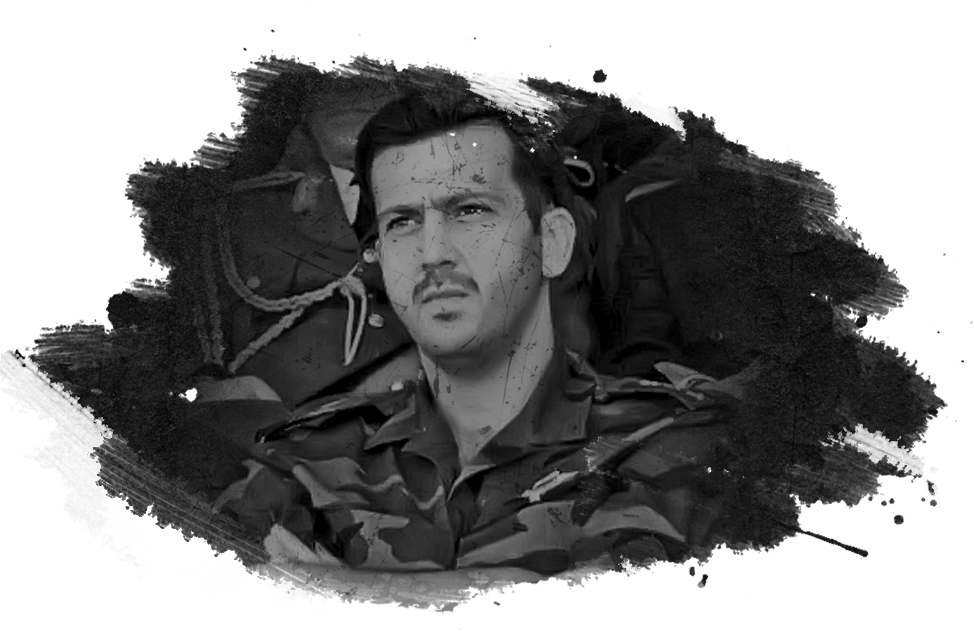 It is worth noting that the Fourth Division has formally incorporated the Liwa’ al-Imam Hussayn militias into its ranks since 2018.

To fund his crimes and the formation of sectarian auxiliary militias, Brigadier Maher Al-Assad has dealt with businessmen who represent the faces of large corporations that they own in whole or in part, the most prominent of which are Muhammad Hamashu, Samir Fawz, and others who manage the commercial companies of the Asad family with the money of the Syrian people.

Likewise, Maher Al-Assad has enjoyed the assistance of a group of officers of the Fourth Division, the most prominent of whom are Aws Aslan, Major General Jamal Younes, Brigadier Jawdat Ibrahim al-Safi, Brigadier Ghassan Bilal, Colonel Ghiyath Dalla, and other officers who must be held to account for the crimes that they have committed against the Syrian people.

[1] He is listed number 42 in British sanctions.

[1] He is listed number 2 in European sanctions.

[1] He is listed number 5 in Canadian sanctions.