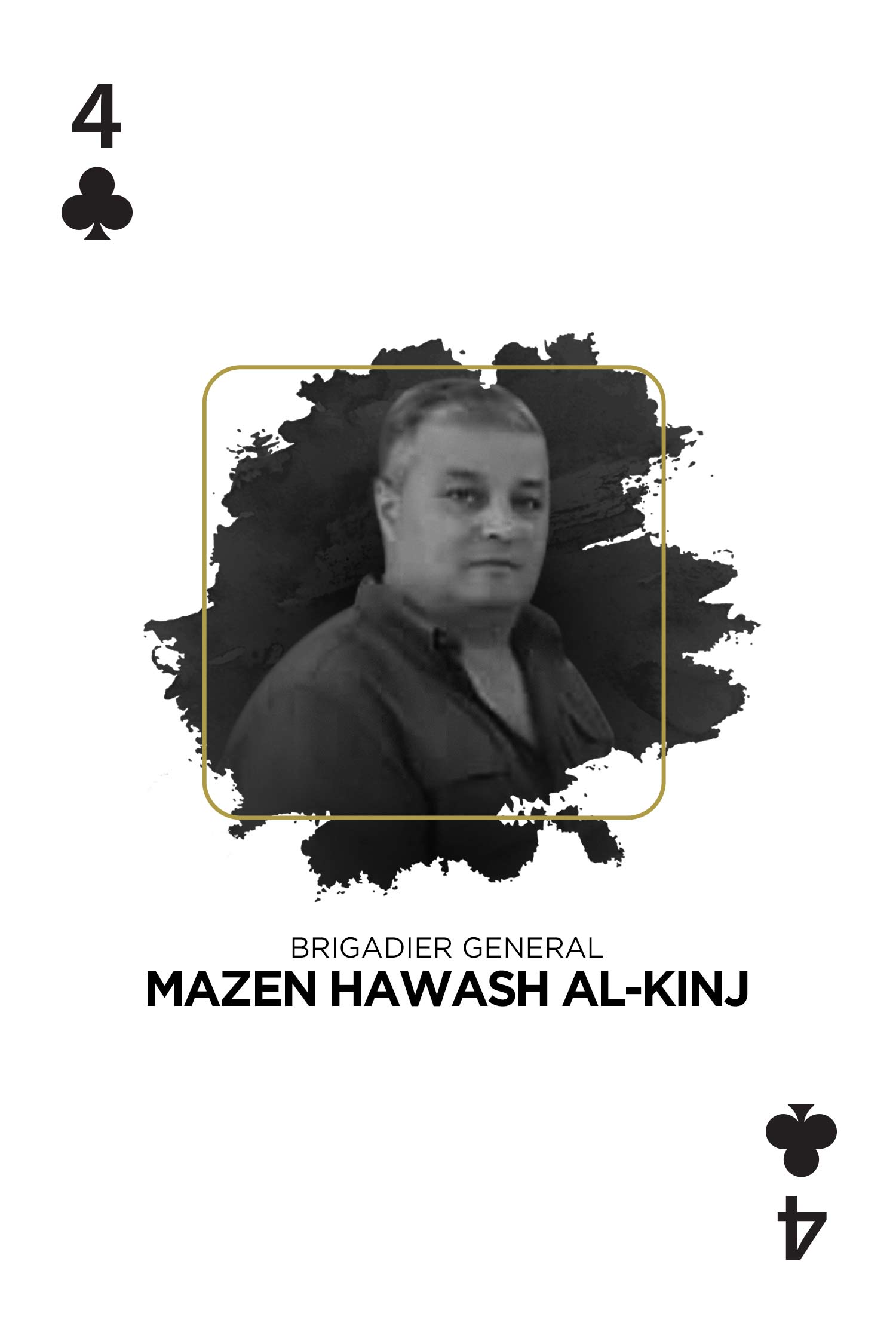 At the outbreak of peaceful protests in March 2011, Mazen al-Kinj was head of the military security branch in the city of al-Nabk, In Damascus countryside, with the rank of colonel, where he was involved in committing crimes and widespread violations against civilians, prompting the Al-Faruq Brigades to target him in a failed assassination attempt. In revenge, he led the massacres of al-Nabk and the al-Tuffah Neighborhood on the road to Deir Attiyeh (2013), which killed hundreds of Syrians who were either slaughtered or burned, including a large number of women and children.

According to two reports by the Syrian Human Rights Committee, on 10/12/2013 and 11/12/2013, Mazen Al-Kinj secured the military and intelligence coverage of the regime’s forces and the supporting Iraqi militias, most notably the Zulfiqar Brigade, to break into the city of al-Nabk after 13 days of siege, Where al-Kinj supervised the bombing of the area, and the deployment of snipers from the military intelligence and Shiite militias, and then carrying out field termination operations resulted in the killing of 399 civilians, including 98 children.

Al-Kinj also extorted hundreds of families in order to release their detained children, who were arrested under his direct supervision of all the campaigns in the eastern region of Kalamoun. He received money from businessmen in the region to ensure that they were not targeted or charged. In addition, he imposed taxes on all food and medical items, and forced the owners of enterprises to pay a monthly salary. He also trafficked Christian antiquities, which his people stole from the Deir Attiyeh Museum, blaming the looting on the opposition.

Brigadier General al-Kinj is responsible for the killing of five passengers and injuring twenty others who were traveling in a civilian bus from Hassakeh to Damascus. The coach was bombed under Al-Nabek Bridge when it had to stop to fix a problem with the ingine. Five passengers were killed: Pierre Joseph Rashou, Nerota Jamil Oshana, Mohammed al-Mohammad, and Abdul Rahman Saleh al-Khalaf. 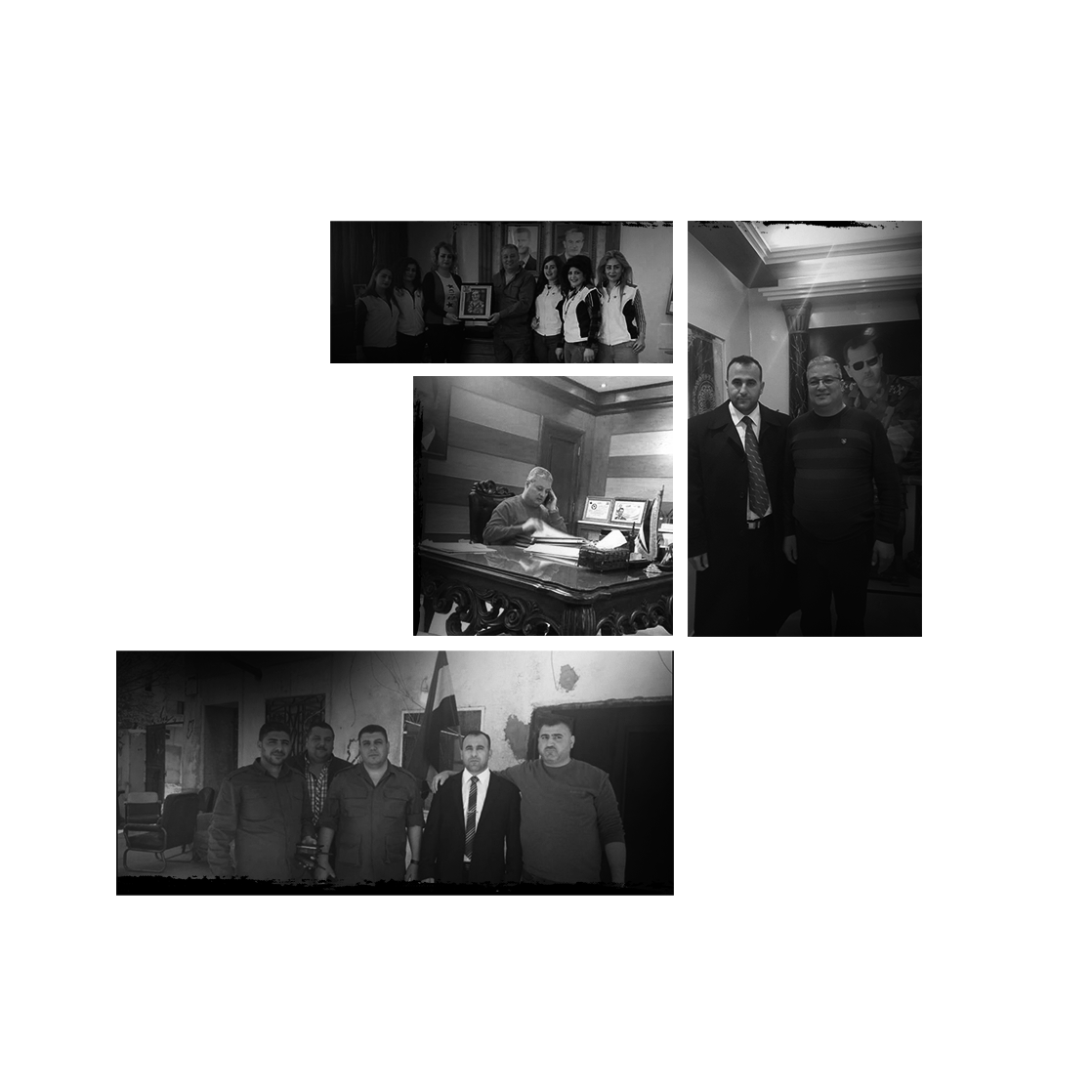 In April 2014, Brigadier General al-Kinj was appointed head of the military security branch in Deir al-Zour, replacing Yassin Dhahi, who was transferred to Damascus to head the Palestine Branch. In Deir al-Zour, Mazen King was engaged in smuggling foodstuffs with Daesh. He was also accused of assassinating opposition figures and even regime supporters. An example is Abdelbaset Hamida, the leader of the pro-regime al-Sh’eitat militia, who was assassinated in Deir al-Zour in 2015, a few days after he had been badly beaten by the men of Brigadier General al-Kinj, One of his assistants Warrant Officer Wajih was accused of trapping Abdulbase’s car.

As a result of his role in supporting the Russian intervention, he was awarded the Order of Courage by the Russian Forces. .

In early 2018, Mazen was appointed head of the military security branch in Aleppo. He was also honored again by the Russian forces in March 2018.