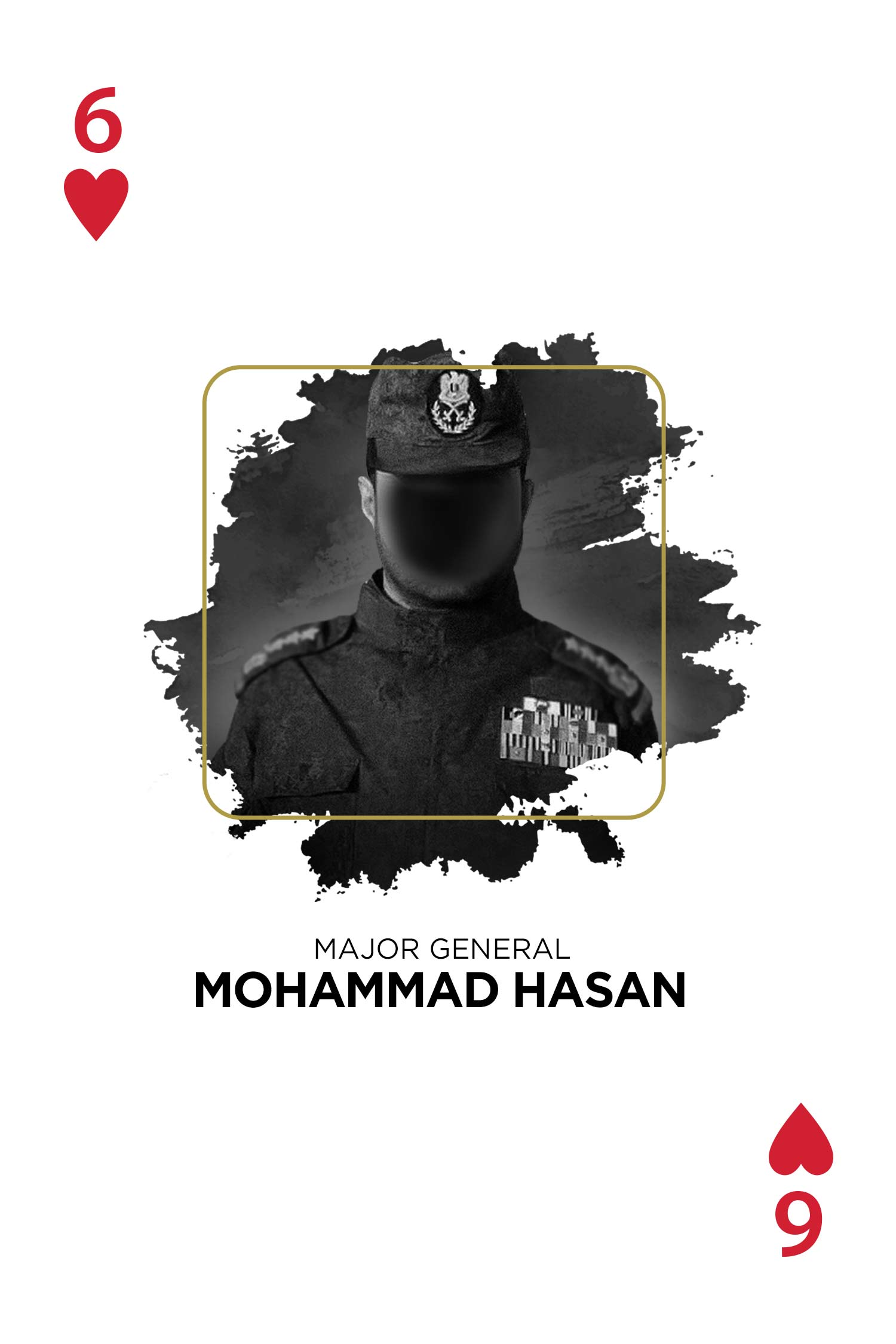 Mohammad Kanjo Hasan was born in the Dreikish district of the coastal Tartous Province. After graduating from law school, Hasan enrolled in the Syrian army where he joined the military judiciary, climbing the ranks until he was appointed as prosecutor for the military field court.

At the outbreak of peaceful protests in March 2011, Kanjo Hasan, then ranked a brigadier-general, served as prosecutor for the Military Field Court in Damascus, where he trialed a large number of detained civilians. In this capacity, Kanjo Hasan was also in charge of prosecuting a large number of officers and soldiers for attempting to defect from the Syrian army.

In his role as prosecutor for the military courts, Kanjo Hasan is responsible for issuing thousands of death sentences, life sentences and prolonged prison sentences. According to a testimony from one defected officer, Kanjo Hasan, along with the of the heads of various Syrian security branches, forced detainees being held for investigation to admit to firing on military officers. According to the account, detainees were forced to add to their official statement the clause: “ I participated with others in attacks against checkpoints or (military) centers with firearms, which resulted in the killing of a number of soldiers and wounding of others.”[i] The inclusion of this statement allowed Kanjo Hasan to pursue death a sentence against detainees. 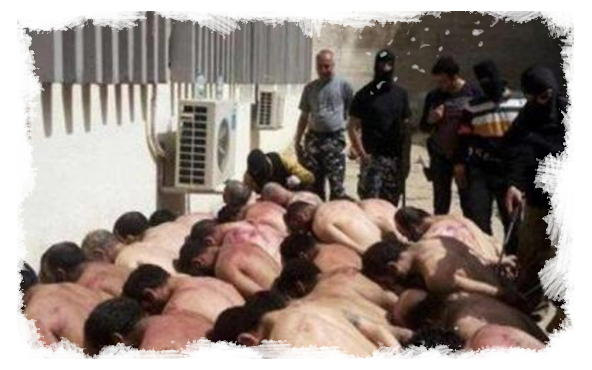 Victim testimonies confirm that trials usually last no more than three minutes, during which the detainee is not permitted to speak and there are no rights to representation from legal counsel. Detainees are marched into the courtroom where they are read their sentence and are then immediately marched out. It is not the judge, but prosecutors who have most decision-making power in the military field courts. Kanjo Hasan carried out his role as prosecutor until his promotion to the rank of Major-General, becoming head of the court.

According to a testimony from one witness[ii]: “When the detainees enter the room where the judge is, there is no trial in the real sense. The hearing is only a quick confirmation of the charges that are in the file prepared by the security branches. Mohammad Kanjo Hasan began to read the charges against us. We realized then that he was our opponent and not an impartial referee. He knows well what the security agents are doing outside the court, but he explicitly denies it. A friend of mine was bleeding because he was beaten outside the court. Kanjo Hasan asked him about that. ‘Ask your friends outside,’ my friend answered him. ‘You are in the court now,’ Kanjo Hasan responded, ‘this cannot happen here.’ My friend replied, ‘I am not sure if I am in a court or a security facility.’ He was later executed.”

Lt. Col. Abdul Salam al-Mezaal[iii] also reported he was sentenced by Kanjo Hasan to 15 years’ imprisonment during a trial which lasted no longer than one minute.

According to another witness testimony, Kanjo Hasan would amend charges set out against the defendants following the issuance of a presidential amnesty, so that the amnesty would not affect apply to them and affect their sentence. According to the amended charges, defendants are subject to Article 300 of the Penal Code, which sets out a penalty of hard labor for members of armed gangs. In the ruling for case no: 6045, which saw the mass trial of 116 defendants who were arrested during the attempt to lift the siege on the city of Daraa in 2011, Kanjo Hasan amended their charges to be trialed under Article 300 in order to exclude them from the amnesty decrees issued at the time.[iv]

A report issued by the Violations Documentation Center in Syria (VDC)[v] listed the name of Kanjo Hasan as one of the most prominent judges who is known to have inhumanely dealt with detainees.

During his tenure in the military field court, Kanjo Hasan is accused of extorting detainees’ families in order to obtain money from them, amassing a small fortune in the process.

Because of his absolute loyalty to the regime, Kanjo Hassan was promoted to the rank of major general and appointed as director of the Military Justice Department, which is under the purview of the Ministry of Defense.

Kanjo Hasan is directly responsible for all death sentences issued against detainees as well as thousands of other sentences that were issued unjustly against those in custody.

[i] Al-Araby al-Jadeed (Arabic), “The field courts of the Syrian regime … Another arm to kill”: https://goo.gl/Mg1fbq

[iii] An army defecting officer who was arrested for 3 years.

[iv] The testimony can be found in Arabic on the following blog: https://introac.wordpress.com/2011/07/11/القضاء-العسكري-قد-تحول-إلى-فرع-أمني-مع/