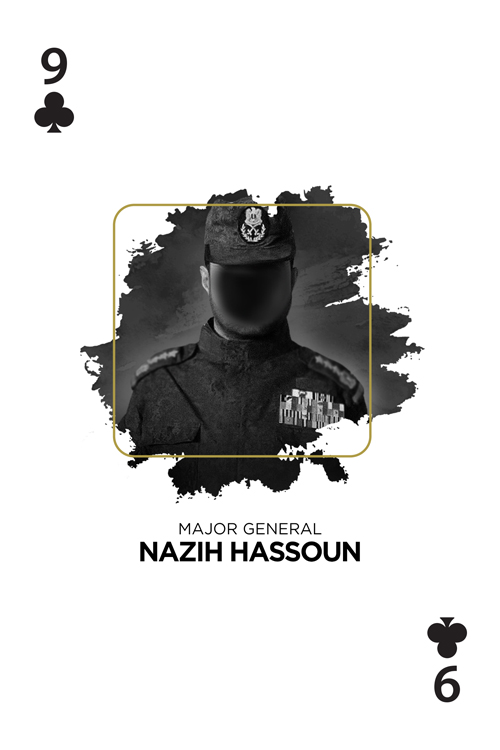 Nazih Hassoun served in Air Force Intelligence in the 1980s, and rose in the ranks until he reached the rank of Major. He worked in the position of assistant president of the Investigations branch of the Air Force Intelligence located in the al-Mezzeh military airbase. The president of Investigations branch at that time was ‘Ali Mamlouk, at the rank of Brigadier, when Hassoun and Mamlouk were accused of testing chemical weapons on political prisoners.

Given that he had taken up a prominent position in running the program in Unit 417, Nazih Hassoun is considered directly responsible for the killing of one to three thousand detainees throughout his work in the program, which continued from 1985 to 1990, then he rose in security ranks until he was appointed vice president of administration for General Intelligence in 2003.

Over the course of 2011, Major General Nazih Hassoun was responsible for military operations on the Syrian coast, where he oversaw the repression of peaceful protests in the city of Lattakia, Homs, and their countryside. At that time, he formed a strategic cell in Lebanon to follow the movements of Syrian opposition members in Beirut, and to monitor the movements of Arab diplomats in Lebanon.

Given his direct involvement in the repression and violence against protestors, Major General Hassoun was placed on the list of European, British, and Swiss sanctions.

In December 2012, Nazih Hassoun was appointed vice president under Political Security president Rustom Ghazali, and upon the killing of Ghazali in 2015, Hassoun became president of the branch. He continued this work until the beginning of 2017, when Major General Muhammad Rahmoun was appointed as his successor. 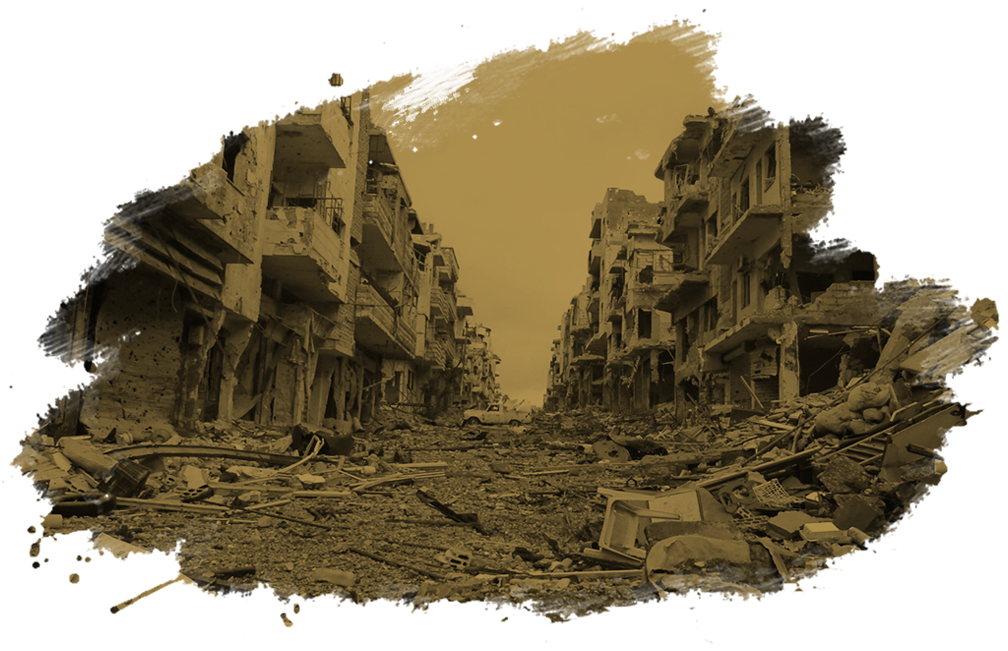 Given his oversight of all of the activities of the Political Security division’s branches, Major General Hassoun is considered directly responsible for all of the crimes that were committed by the forces of these branches, especially the central Investigations branch based in Damascus in the al-Fayha’ area, in which crimes of cleansing, torture, and field executions took place.

It is worth noting that Major General Hassoun, in agreement with the judges responsible for the terrorism and field courts, the Investigations branches fabricated evidence for accusations against detainees, including that they had opened fire on the army and the security services. They contrived corroborating evidence, and forced detainees to sign forms in order to issue execution rulings against them.