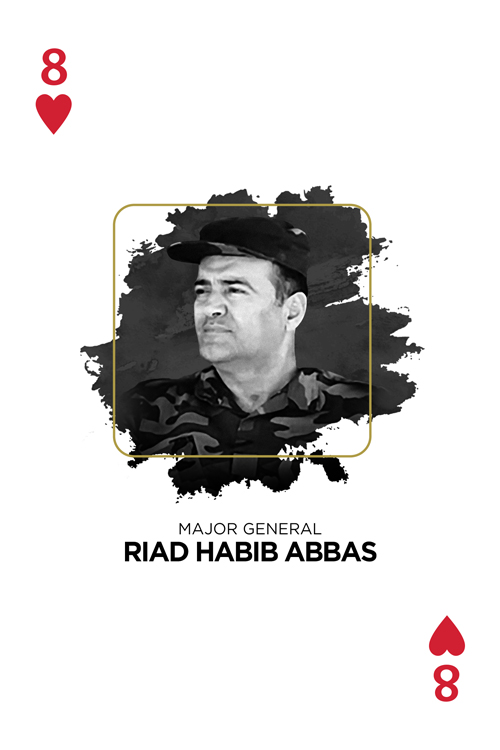 Major General Riad Habib Kharfan Abbas comes from the village of Ain Qaita of the Beit Yashout area of Jableh in Latakia province. He began his professional life as a military officer in the convoy company under the command of Major General Dhu al-Himma Shalish. He was then promoted to become the personal escort of Hafez al-Assad during the last period of his life.

After Hafez al-Assad’s death (2000), Riad Abbas was transferred to the Military Police and ascended the military ranks until he occupied the position of Military Police commander in Aleppo in 2010.

In mid-2013, he was appointed as head of the Political Security branch in Aleppo city, where he was implicated in widespread violations against civilians.

In March 2018, he was appointed as commander of the Military Police. He was then promoted to the rank of major general on 1/8/2018, while remaining commander of the Military Police, a position considered responsible for administering Syria’s most notorious prisons, including Palmyra, Sednaya, al-Balona, al-Qaboun, and other prisons in which many Syrians have suffered the worst forms of torment, often resulting in death from torture, beating and starvation. 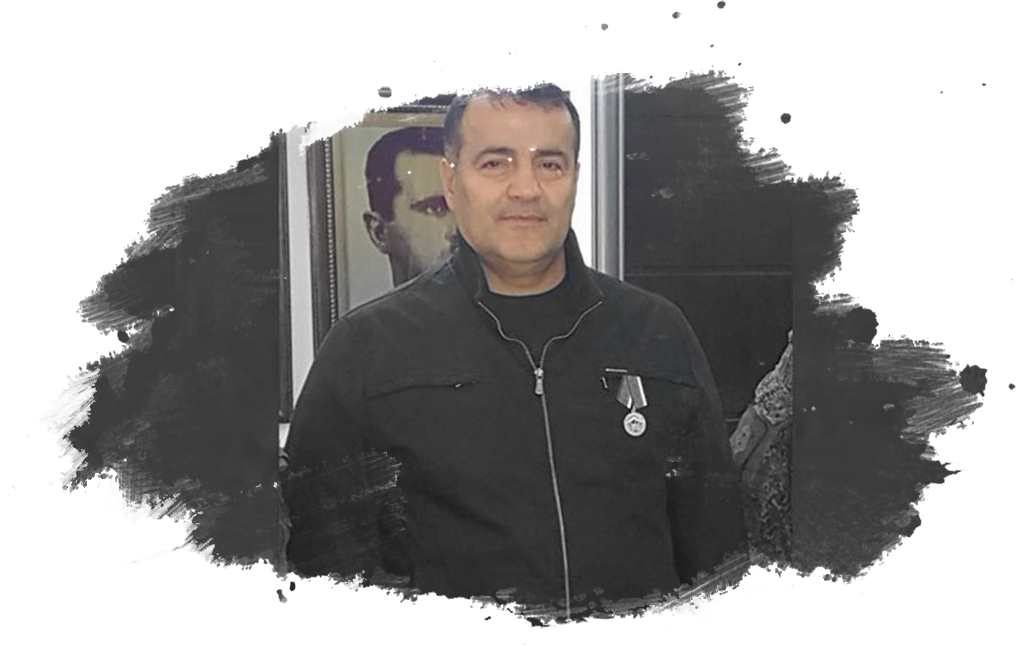 During his work as head of the Military Police branch in Aleppo (2010-2013), Riad Abbas committed crimes including indiscriminate arrest, forcible disappearance, and torture against all those who appeared to have a connection to the peaceful protest movement. He was chiefly responsible for the administration of the Aleppo Central Prison, where many violations were carried out against members of the Syrian people. He was also responsible for the violations which were carried out by members of the Military Police in the city and at the checkpoints[1] which proliferated in 2012, and which became a source of terror for residents due to the snipers under Abbas’s authority who were placed in the city’s sensitive locations.

Riad Abbas’s crimes increased after he took over command of the Political Security branch in Aleppo city in 2013. Prisoners held with him suffered from the most severe forms of torment and mistreatment, to the extent that a close associate of Abbas described him this way: “Even supporters who were arrested by the Political Security branch by accident came out and joined ISIS immediately!”

Major General Riad Abbas is considered to be directly responsible for all the crimes and violations committed in the Political Security branch from May 2013. The deaths of dozens of Aleppo residents under torture[2] has been documented inside the Political Security branch. In one testimony about the torture in the Aleppo branch, “Majd,” who was arrested in Aleppo, said: “There was an 18-year-old Syrian Palestinian boy in the cell with us. He had some kind of liver problem; around 15 detainees had it there. They gave them paracetamol, which is what they gave us for everything… One morning he fell over and started bleeding from the rectum. We knocked on the door for the doctor but he didn’t come. They said he would come in 15 minutes. We knocked from 7am until 11am. The boy kept bleeding. The doctor didn’t come. We kept knocking. The guard only insulted us. The guards saw the blood but they did nothing. At 11am, they told us we had to bring him to treatment and clean the blood. We had to force him to stand so we could take him. When he stood up, we realized that his flesh was coming out of his rectum… They took him out of the cell but we saw that after just a few metres he dropped on the floor and he died.[3]”

In addition, Riad Abbas is also considered to be one of the most prominent officials responsible for the violations carried out against civilians in Aleppo, given his membership in the Security and Military Committee during the period from March 2011 to March 2018—and in particular the period when regime forces took control of the eastern districts of Aleppo city at the end of 2016, which resulted in the expulsion of more than 100,000 residents and the deaths of more than 1,400 civilians. 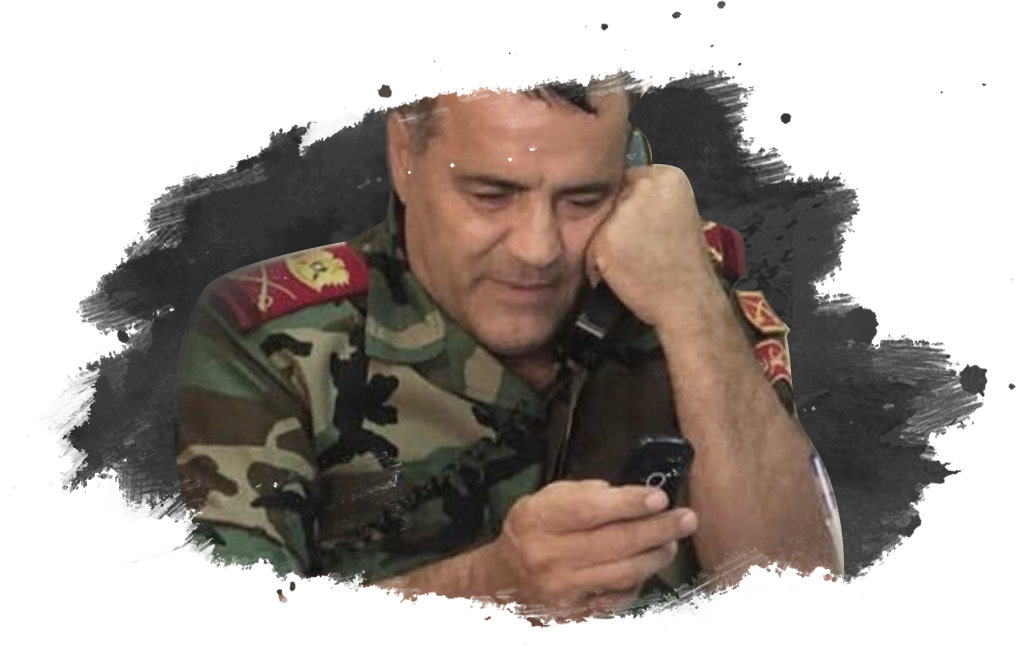 He is also responsible for all the crimes and violations which have occurred (and continue to occur) under the supervision of the Military Police since his appointment as their head in March 2018, especially the horrific crimes which have occurred in the Sednaya and al-Balona prisons and the creation of mass graves for prisoners which regime forces carried out under the supervision of the Military Police.

It is worth noting that Major General Riad Abbas belongs to a family known for its crimes. His brother is Colonel Fadi Abbas, who has headed the Air Force Intelligence station in the Aleppo airport. He has another brother known as Fawaz who works with regime forces at the rank of colonel.