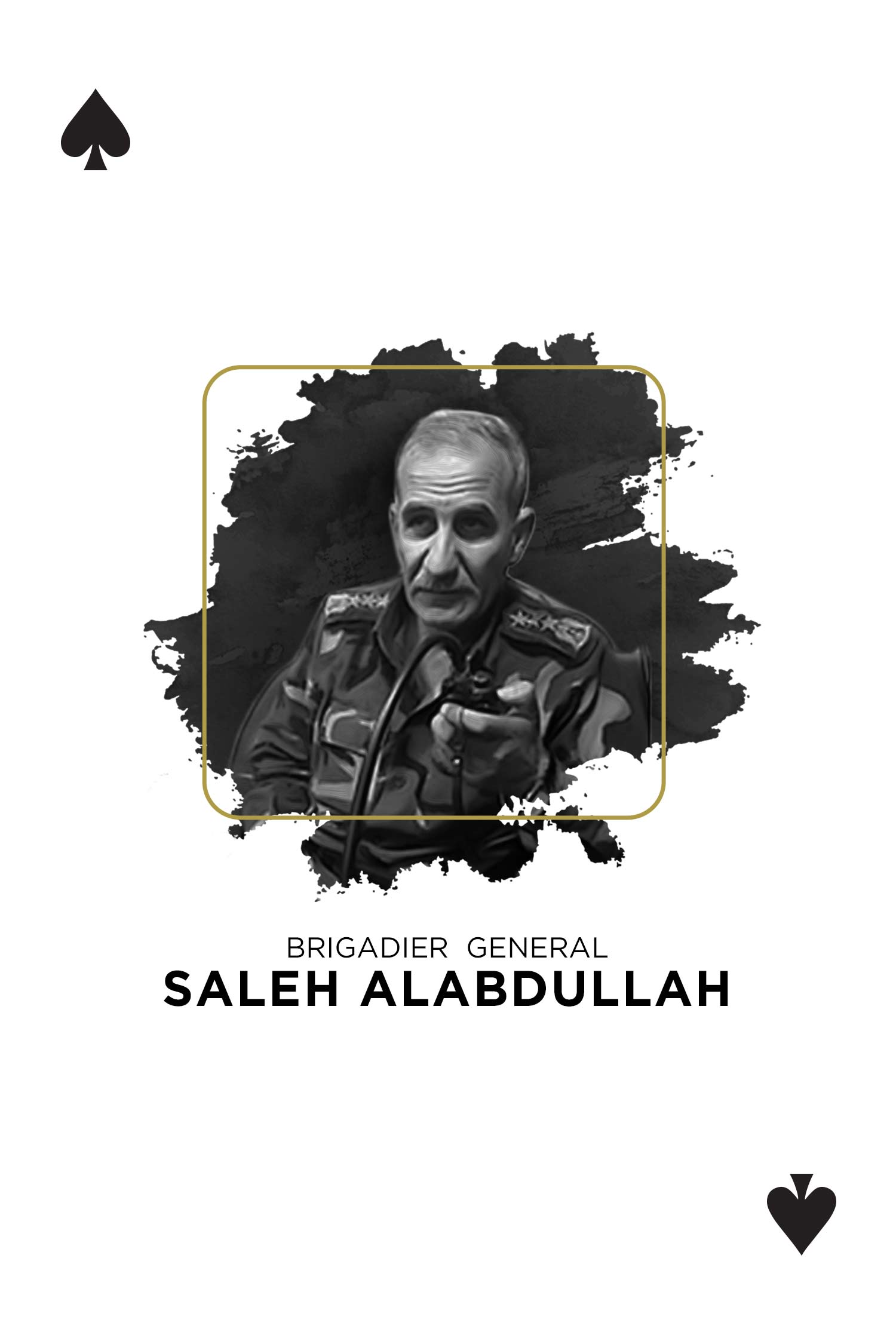 Saleh Abdullah attended military college in 1985 and upon graduation was assigned to the Syrian army’s 7th Division, which was stationed in the countryside of Damascus.

At the outbreak of peaceful protests in March 2011, Abdullah served as the commander of Battalion 244 of the 121st Mechanized Brigade (7th Division).

With a record of loyalty toward the Assad regime and ruthlessness toward his opponents, Abdullah was one of the officers tasked with the storming of the Omari Mosque in Daraa, which led to mass killings and arrests of those in the vicinity. The general also took part in a number of major military incursions into the southern province of Daraa. But in July 2011, Abdullah was transferred north with his battalion to Hama where they took part in the storming of the city, killing 95 civilians and brutally injuring many local residents.

Following the storming of Hama, Abdullah was appointed to command the security and military committee of the Mhardeh area in ​​the province’s countryside. During this time he was stationed west of the town of Mhardeh in the Saint George Monastery – the regime converted the monastery into a military base, with the facility overseeing shelling operations on the entire northern the province. The shelling campaigns sanctioned from Saint George Monastery resulted in the killing of hundreds and the displacement of tens of thousands of people from these areas.

General Abdullah also took part in the incursions of Halfaya, Kfar Nabouda, Karnaz, Al-Lataminah, Kafr Zita, Suran and the surrounding villages and towns. As a ranking officer, he is directly responsible for the massacres committed by regime combatants in these areas, in particular the massacre of Al-Lataminah on 7 April 2012, which killed 51 civilians, all of whom were documented by monitors. Another 20 bodies were unable to be identified.

Alongside the abovementioned crimes, General Abdullah is directly responsible for a number of massacres under his command, most notably:

General Abdullah also took part in the military operations to take control of the areas of Zara and Krak des Chevaliers in the western countryside of Homs, as well as the assault on Aleppo. The campaigns lead to the death and displacement of countless locals, many of whom fled toward Syria’s borders.

In reward for carrying out the brutal operations, the then-colonel was appointed as assistant to the famed General Suheil al-Hassan, head of the Tiger Forces, for which Abdullah became the operations officer.

Abdullah was promoted to the rank of brigadier-general on 1 January 2016. Following his promotion, the general took part in the decisive battles for Aleppo in the second half of 2016, and its eastern countryside in 2017. He also participated in the battles of the northern countryside of Lattakia, as well as major campaigns in Raqqa, Deir ez-Zor, Eastern Ghouta, and the operation to take Daraa in 2018.

Brigadier-General Abdullah and Brigadier Suheil Hassan are directly responsible for all crimes committed by the Syrian army’s Tiger Forces. This includes a number of crimes committed in Hama and its northern countryside prior to the formation of the forces.