Graduating from air force college in 1991, Suheil al-Hassan climbed the ranks to become a lieutenant colonel at the Air Force Intelligence Directorate (AFI).

When protests broke out in 2011, the head of the AFI, Major General Jamil al-Hassan, tasked him with suppressing the peaceful demonstrations in the Damascus districts of Mezzeh, al-Midan, Qaboun and Barzeh. The deference with which Hassan carried out his orders, employing brute force against locals, swayed his superiors to assign him as head of the Section of Operations for the AFI, turning his command into the main force in suppressing demonstrations in Damascus and its countryside.

Under his command, Hassan’s forces committed numerous massacres against civilians in the neighborhoods of Al-Ikhlas, Sheikh Saad, Mezzeh, al-Maidan, Al-Zahira and the Yarmouk Refugee Camp, and his brutal methods were later employed in campaigns in the Damascus countryside (Douma, Harasta, Jadaydet al-Fadl, Qatana, Zabadani, and Madaya). Hassan also ordered his forces to carry out arbitrary arrests and detentions, torture and crack-downs on public gathering of protesters.

In a 2011 Human Rights Watch report,[1] Hani, a defector from the Special Operations Branch of the AFI, was quoted as saying that Colonel Suheil Hassan gave orders to shoot directly at demonstrators on April 15 during a protest in the Moadamiyeh neighborhood in Damascus.

Hani said, “We were all armed, with Kalashnikovs and machine guns. There were thousands of protesters. We started firing in the air, but the protesters wouldn’t disperse. Then Colonel Suheil Hassan gave orders to shoot directly at the protesters. He said, “So, they are challenging us?! Shoot them!” There were people injured and killed.

He added that Colonel Ghassan Ismail, commander of the Special Operations unit, gave verbal orders to shoot at the protesters when his unit was sent to suppress a protest in Daraya neighborhood during another operation in June, together with the 4th Division. According to Hani, his orders were “Don’t fire in the air; fire directly [at the protesters].”

“One of the largest massacres since the demonstrations began, where the Documentation Center for Violations documented about 120 people,” said a dissident named Omar, who served as an assistant in the director’s office of the Special Operations Branch of the Air Intelligence Branch of Damascus Branch. 136], confirming that the instructions came from Major General Jamil Hassan and Colonel Suhail Hassan.

Omar, another Air Force Intelligence Special Operations branch in Damascus defector, told Human Rights Watch in the same report that on April 29, 2011, his office received a call from Daraa saying that thousands of people were moving toward the city to break the siege. Omar said:

“Colonel Suheil Hassan, my boss at the Special Operations unit consulted with his deputy, Fawaz Qubair, and they agreed to organize a “trap” for the protesters near the military housing in Saida. The conversation took place in the office where I worked. They also discussed their line with the media: that people marching to Daraa were Islamists coming to kidnap women and children in predominantly Christian areas.

“I then saw Suheil call Major GeneralJamil Hassan, the director of Air Force Intelligence, to get his approval for the mission. He has a designated line to Hassan, and he used that phone. I couldn’t hear what Hassan said, but I assume he approved the mission, because shortly thereafter, troops started leaving our base in Mezzeh for Daraa.” Omar explained.

He adds that when the troops returned that evening, they brought 120 bodies of killed protesters back to the base, as well as 160 detainees. He said that he saw the troops unloading the bodies from the buses and asked one of the soldiers how many they were. Suheil Hassan, he said, later told him to arrange a convoy to accompany the trucks with the bodies back to Daraa.

In 2012, following a visit by the US ambassador to the city of Hama, Hassan was dispatched to suppress the demonstrations in the governorate. Due to a history of anti-government protest which resulted in regime-led massacres during 1979-1982, the Assad government feared the break out of a mass demonstrations that could result in chaos. Hama is strategically significant as its western countryside is directly connected to the Syrian coastal region, which is predominantly inhabited by the Alawite sect, of which, like President Assad, Hassan is a member.

Due to his criminal conduct in violently suppressing civilian protests, Hassan was subjected to US, European, and British sanctions.

It was around this time, in 2013, that Hassan formed the so-called Tiger Forces; a unit of special forces troops that achieved a number of key battlefield victories (Hassan was dubbed “The Tiger” for his partialness toward a scorched earth policy and the violence he employed against protesters). With his new fighters, Hassan launched large-scale military operations in the northern villages of Hama and the southern countryside of Idleb, laying siege to the eastern neighborhoods of Aleppo, resulting in the killing of thousands and the displacement of hundreds of thousands at the end of 2016.

In early 2017, the regime rewarded Hassan for his loyal service, promoting him to head the Air Force Intelligence Branch in the Northern Region, which includes the provinces of Aleppo and Idleb — although the scope of his operations often extended beyond the borders of this area. In his newly assigned capacity, Hassan was tasked with launching a campaign in the region between the eastern countryside of Aleppo and Raqqa province, successfully overwhelming many areas in Hama and Idleb by the end of 2017. It was at this time that he was charged to lead the forces in the government siege on the Eastern Ghouta in March and April of 2018. The operation displaced a large number of residents from the Eastern Ghouta and the eastern Qalalmoun regions to the rebel-held north of Syria. Thousands of people were killed in the operation, some by internationally-banned weapons including chemical weapons. During the siege of the Eastern Ghouta and its environs, the Assad regime provided Brigadier-General Hassan with unrestricted access to operational infrastructure, including three military airbases which he used to execute his campaign. 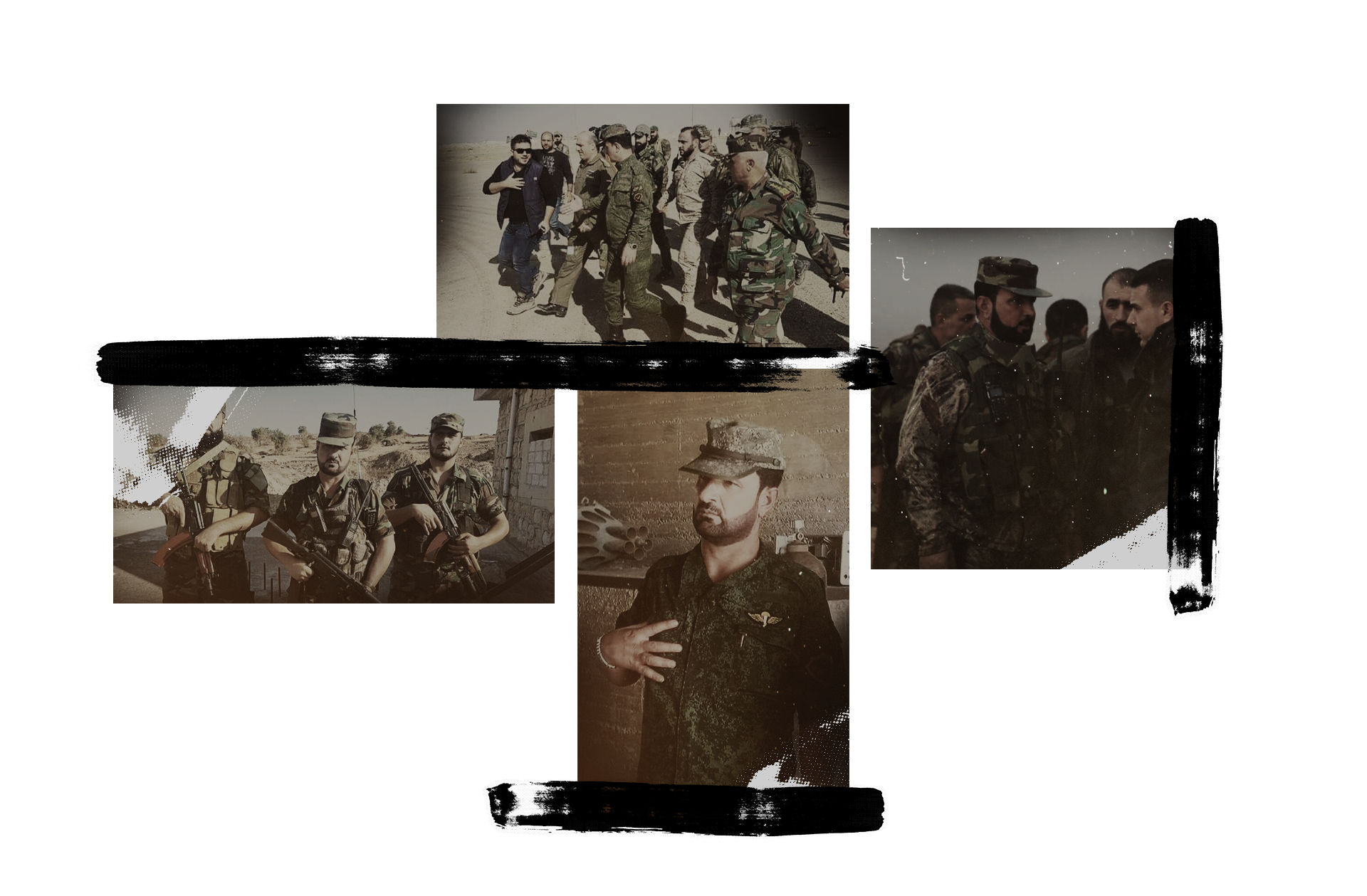 Hassan also leads a highly-secretive unit of elite fighters who have not revealed their identities. Often masked, they receive orders only from Hassan himself. After military operations, members of the unit are known to collect civilian victims and transport them by truck to unknown places to be buried in mass graves.

He has been repeatedly honored by Moscow for his role in serving Russia’s goals in Syria, and was the only Syrian officer permitted to accompany Bashar al-Assad to a meeting with Russian President Vladimir Putin on his visit to the Russian air base in Hmeimim.

The following are a list of some of the violations conducted by Suheil Hassan and his forces:

[1] Neistat, A., & Solvang, O. (2011). ” By All Means Necessary”: Individual and Command Responsibility for Crimes Against Humanity in Syria. Human Rights Watch.