Born into an Alawite family, Wafiq Nasser hails from the countryside of Jableh in the coastal province of Lattakia. In October 2011, Nasser gained notoriety after he took over the Military Intelligence Directorate branch in Suweida, where he became known as the “Suweida Governor.” During this time, he was associated with numerous kidnappings, intimidations, murders, and assassinations

In the early months of the revolution, Nasser served as a colonel in the Republican Guard forces where he participated in the first raids on Daraa, committing widespread abuses against the people of the province.

A 2011 Human Rights Watch (HRW) investigation[1] accused Colonel Nasser of arresting and torturing dissident officers of the Republican Guard, Including an officer named “Afif,” who confirmed that Nasser played a prominent role in his arrest and torture in Daraa. Another earlier HRW report[2] also documented violations carried out by Republican Guard forces in Daraa where Nasser was an officer .

On 23 August 2011, Brigadier-General Nasser was placed on European Union sanctions for his direct involvement in the repression and violence directed against demonstrators in Daraa.

In the same year, Nasser was appointed head of the Military Intelligence branch in Suweida, replacing General Suhail Ramadan, to begin a new phase in in his criminal record while overseeing a large number of violations carried out within the branch. Nasser also approved the release of convicted criminals in order to form private militias allied to him, coopting these gangs to carry out acts of oppression on the people of Suweida and the surrounding areas. In 2012, Nasser was appointed to replace Major-General Zuhair Hamad as head the Military and Security Committee in the Southern Region, a position he occupied until 2017.

Brigadier-General Nasser has managed to build a number of close relationships with important figures within the military and civil service, as well as some Druze dignitaries, with whom he worked to fuel sectarian strife between the Druze and Bedouin communities, as well as the residents of Suweida and Daraa provinces.

Nasser is also known to have established smuggling networks for drugs, foodstuffs and human organs, while also playing a prominent role in trade deals with the Islamic State group (ISIS), which at the time controlled the Badia region near Suweida.

The province of Suweida has witnessed hundreds of cases involving kidnapping and extortion, most notably the kidnapping of a young woman, Catherine Mezher, who was abducted by militants linked to Al-Bustan Association militias, established by businessman Rami Makhlouf and supervised by Nasser. Naseer also established the all-female “Lionesses” militias which operates in the southern province of Suweida. 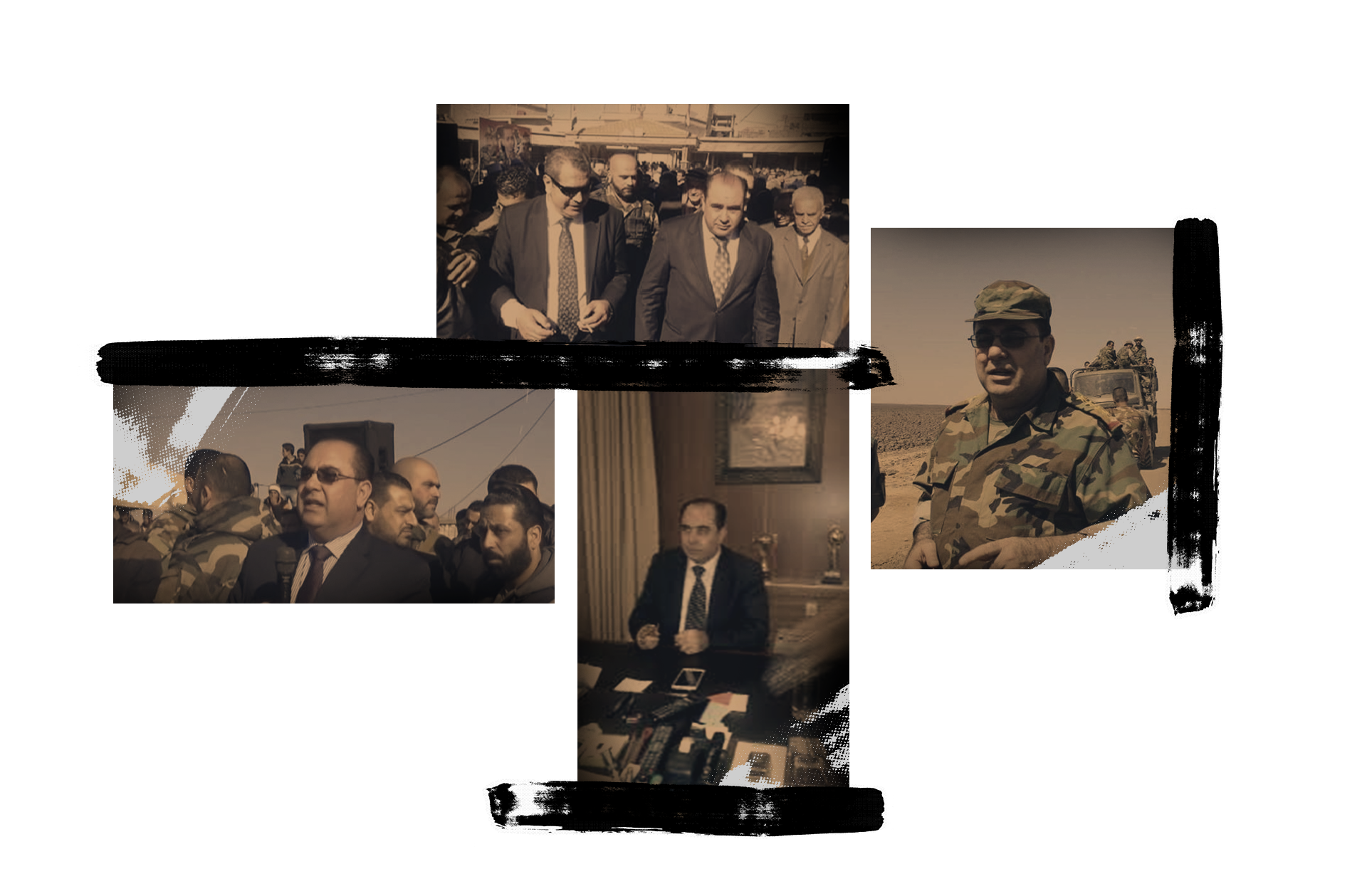 Nasser is widely known to be behind numerous assassination operations and bombings designed to terrorize the people of Suweida. The most prominent of which was the assassination of Druze Sheikh Wahid al-Balouz, leader of the Rijal al-Karama movement, who was targetd by car bomb in 2015. Eight other people were killed and 20 more were injured in the blast. He has also been accused to orchestrating the assassination of Shibli Janoud, secretary of the Suweida Baath Party branch.

After being transferred to head the Military Security branch in Hama in early 2018, and despite his reputation for abuses and deep criminal ties, Brigadier-General Nasser has continued to carry out violations against civilians. Meanwhile, in Hama, Nasser has established new kidnapping networks which operate unchecked by the Assad regime.

[1] Neistat, A., & Solvang, O. (2011). ” By All Means Necessary”: Individual and Command Responsibility for Crimes Against Humanity in Syria. Human Rights Watch.