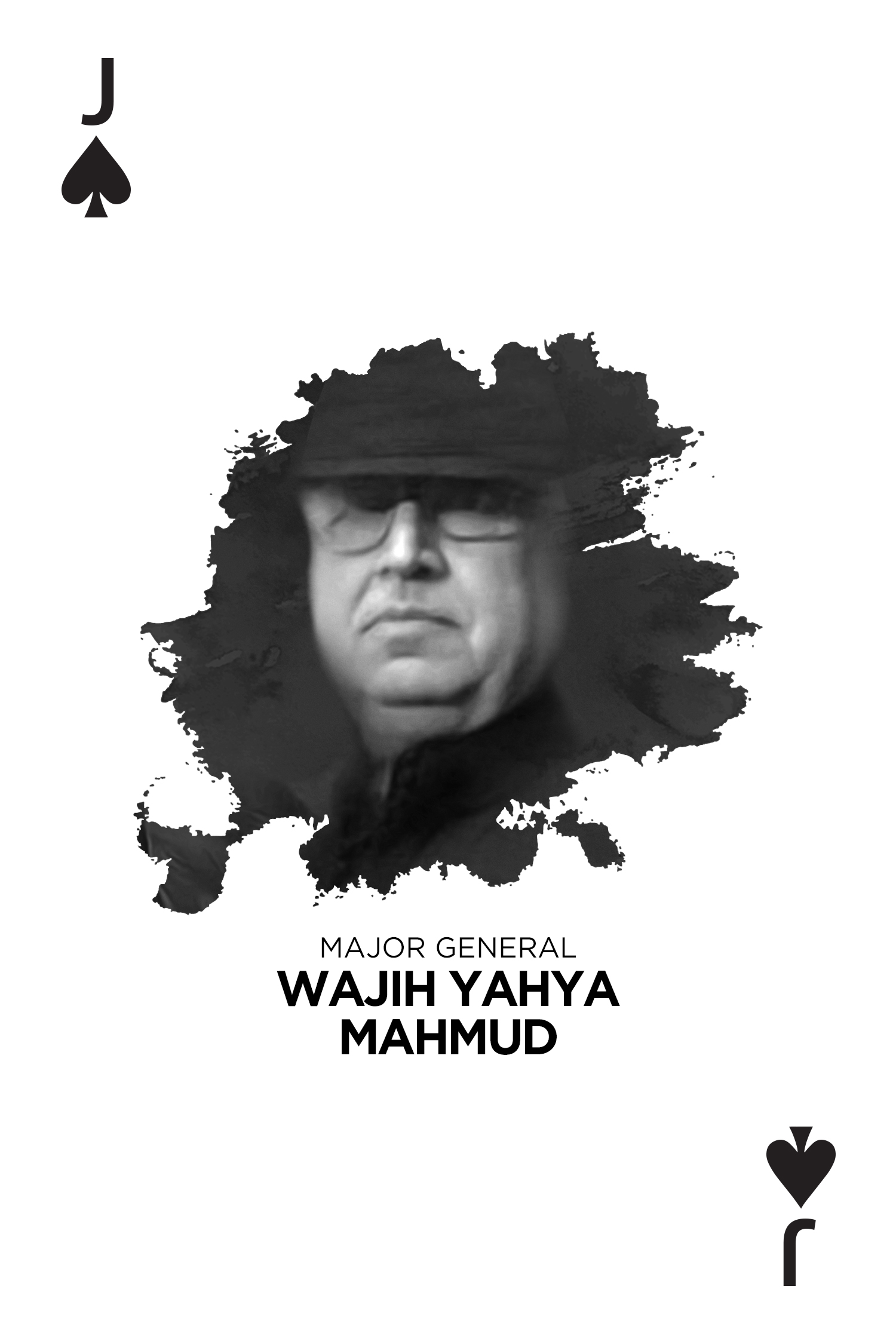 Major General Wajih Mahmoud is considered among the oldest of those accused of committing crimes and violations against the Syrian people since the 1980s. He was a participant in the Hama massacre in 1982, which left tens of thousands of people from Hama dead. At the time, he was at the rank of First Lieutenant in the officer corps of the 47th Armored Brigade, which assaulted the city with the Defense Squads and the Republican Guard.

From that time, Major General Wajih Mahmoud has risen until he was appointed commander of the 18th Armored Division in the city of Homs, where he was given the task of deploying his division’s forces and heavy weapons in April 2011.

With his previous criminal history, Major General Wajih was entrusted (as leader of the 18th Division) with storming the city again on July 31, 2011, after it was besieged for a full month. The military operations at that time left around 95 civilians dead, and injured a large number of the inhabitants of the town.

The 18th Armored Division then participated in the battles of the Baba ‘Amro neighborhood in Homs, where Major General Wajih Mahmoud was considered directly responsible for the acts of killing and expulsion that the division committed. He was among those responsible for the killing of the American journalist Marie Colvin and the French photojournalist Rémi Ochlik in July of 2016. The official suit, Case 1:16-cv-01423 on July 9, 2016, discussed the role of the 18th Armored Division in the commission of the crime in paragraphs 33 and 34. 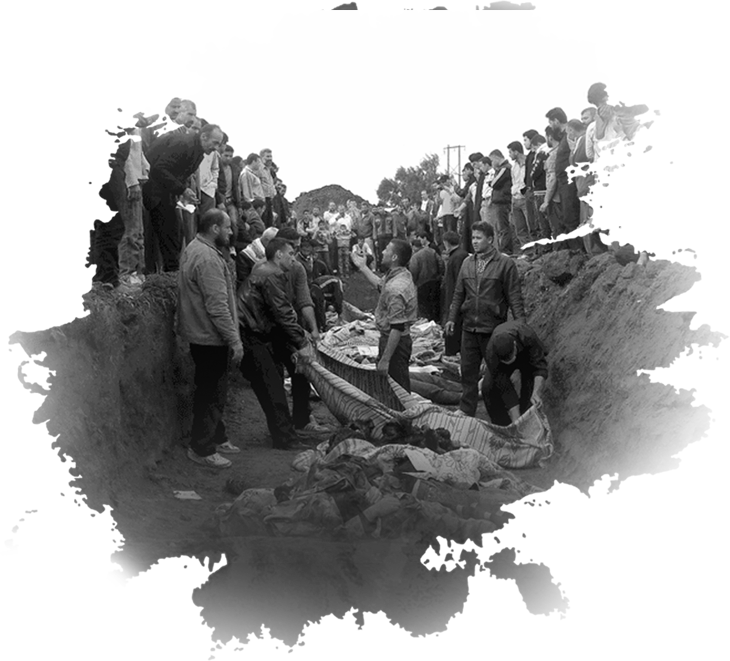 According to testimony published in a Human Rights Watch report published on December 15, 2011 entitled “By All Means Necessary! Individual and Command Responsibility for Crimes against Humanity in Syria,” and a soldier who had defected from the regime confirmed the participation of the 134th Brigade and the 18th Division in the crimes and violations committed with a cover-up at the beginning of April 2011, when the soldiers of the two divisions launched daily raids, arresting any person over the age of 14, looted, and burned commercial establishments.

Likewise, the 18th Armored Division deployed military checkpoints in the city of Homs and its countryside, and committed hundreds of massacres against civilians, with direct instructions from Major General Wajih, who ordered his officers and soldiers to use heavy weapons to bombard inhabited positions.

The brutality of Wajih Mahmoud increased when he became leader of the security and military committee in the province of Hama from the end of 2011 and 2012, when he coordinated his criminal acts with Brigadier Suhayl al-Hassan and Major General Jamal Younes. He was known for his policy of planting explosives in rebel areas of the city of Hama, and blaming it on the opposition.

He is considered primarily responsible for all of the murders and massacres committed in the province of Hama in the period in which he worked there, including the al-Qabir massacre in the western Hama countryside, the Musha’ al-Arba’in massacre in the city of Hama, burning all of the village of al-Tamani’ah in Sahl al-Ghab in the western Hama countryside, and killing dozens of its inhabitants and displacing the rest of them. 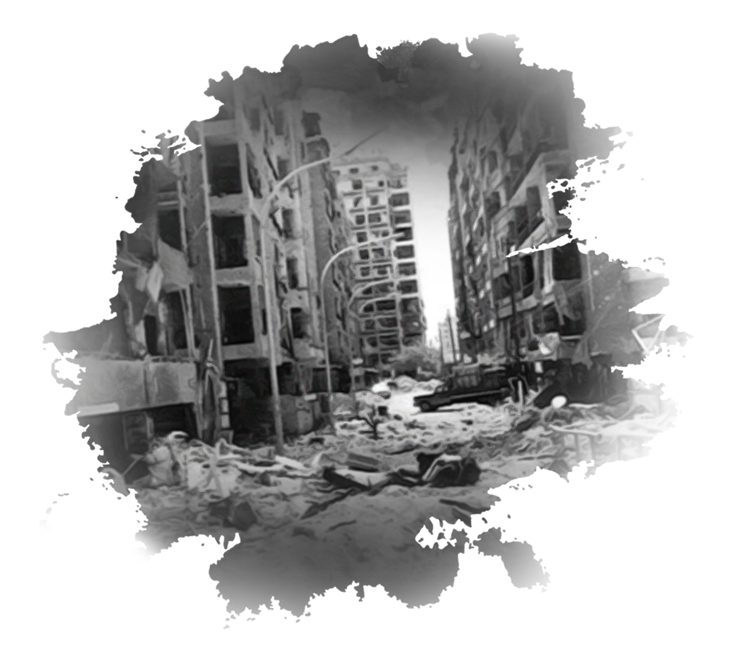 Likewise, the forces of the 18th Division – under the command of Major General Wajih Mahmoud in the Maqbarat Bab al-Nasr neighborhood in the city of Homs on June 5, 2011, when there was friction between the processions of two funerals and the soldiers of 18th Division at one of the city’s checkpoints. Major General Mahmoud issued orders to the checkpoint’s soldiers to open concentrated fire on the processions, killing 30 civilians.

These same forces committed another massacre in the neighborhood of Karam al-Zaytoun in the city of Homs on December 4, 2011, which left 25 martyrs during the division’s storming and tank bombardment of the neighborhood.

The forces of Major General Wajih Mahmoud also participated with the 555th Brigade of the Fourth Division in a massacre in the neighborhood of Musha’ al-Arba’in in the city of Hama on April 24, 2012.

Likewise, Mahmoud resorted to the assassination of prominent figures and opposition members involved in governance, including Doctor Anis al-Na’im, governor of Hama, and he endeavored to usurp citizens by accusing them of being opponents of the regime, and charging them large sums to release them. He continued in this role until he was dismissed from service in 2018.

As a result of his criminal record in Hama and Homs, Major General Wajih Mahmoud is subject to European Union sanctions since January 2011. He is also subject to British sanctions that resulted in the freezing of his accounts.