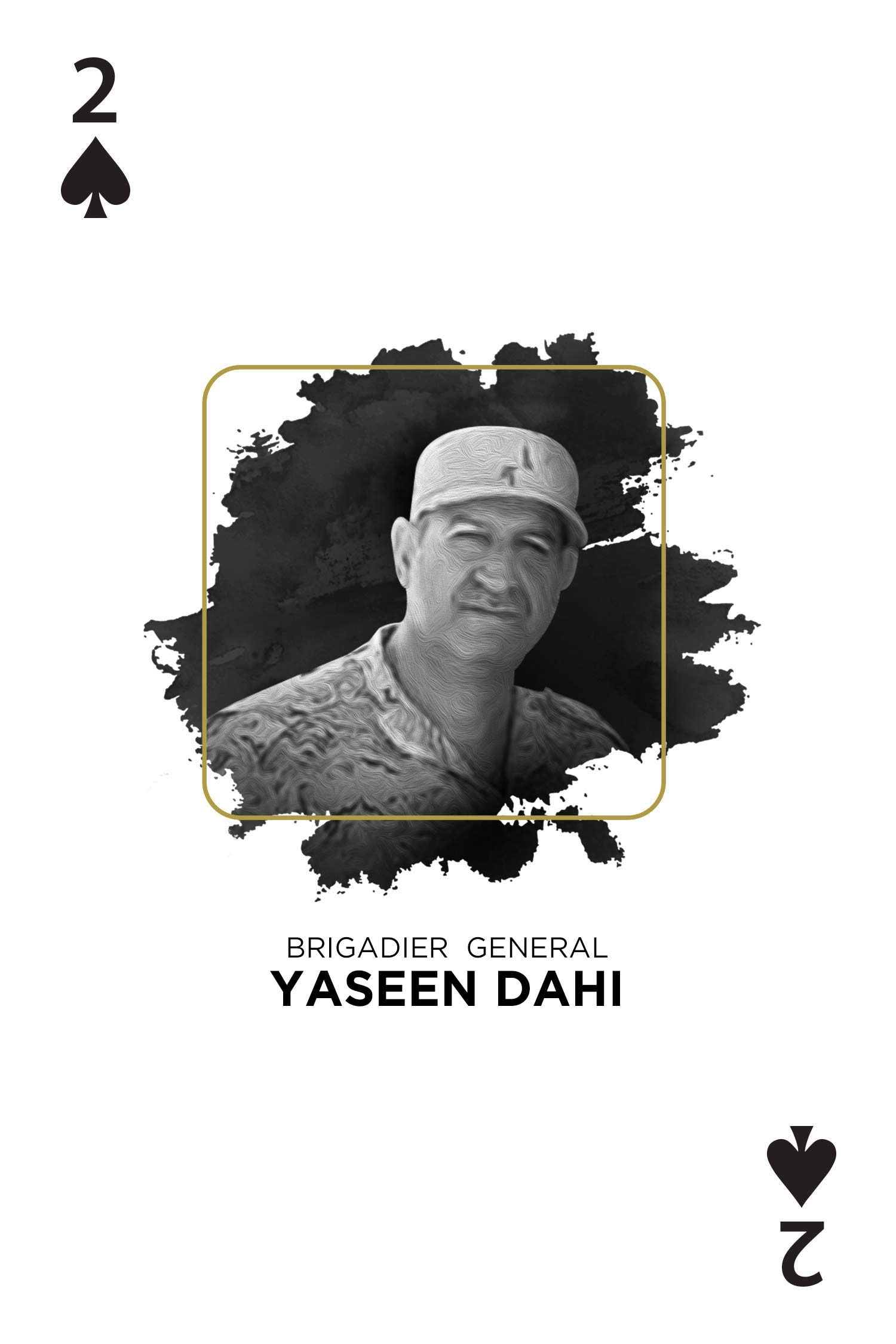 Yassin Dahi headed one of the most infamous security branches in Syria, Branch 235 of the Military Intelligence Directorate—known as the “Palestine Branch”—from 2014-2016.

At the start of the revolution, he was serving as a Palestine Branch officer at the rank of colonel. He was promoted to the rank of brigadier general in May of 2011, when he participated in the operations of suppression, arbitrary arrest and killing which occurred in the eastern Ghouta. He also oversaw the torture of prisoners inside the branch, which claimed hundreds of prisoners as victims.

In 2012, he was appointed as assistant to the head of the Palestine Branch. He participated along with the branch’s head, Brigadier General Mohamed Khalouf, in committing various acts of killing and torture from 2011 to October 2013. He was also considered to be primarily responsible for all the crimes committed during the period he was president of the Palestine Branch from April 2014 through October of the same year.

During this period, Brigadier General Yassin Dahi participated in the storming of the city of Saqba in the eastern Ghouta on 16/6/2012, which claimed the lives of 19 people—nine of them slaughtered with knives—in addition to the arrests of dozens of city residents.

He also participated in the Mesraba massacre of 4/7/2012, which killed about 30 people, most of them slaughtered, in addition to the arrests of a number of the city’s residents.

He also participated in the storming of Kafr Batna on 29/8/2012, when regime forces and military security deployed at the Al-Fatih Hospital and the Al-Shalati Gas Station and began to indiscriminately bombard the city, destroying the Al-Rida Mosque. They then stormed the Al-Fatih Hospital and executed the patients, doctors and nurses there, including the nurse Qutaiba Barhamji, who had been overseeing in the unit, whose body was distorted. The security forces then began a campaign to comb the city’s houses and to execute the residents indiscriminately. An image of one of those killed in the massacre showed him with hands bound and a bullet hole in his head. They also executed Wissam Mohamed Ali in front of his family and wrote on his head, “Assad or no one.” Most of the corpses were found with marks of torture. The security forces then withdrew after three days of killing, burning, looting and theft.

Brigadier General Yassin Dahi is one of the most prominent officials responsible for the violations carried out by the Palestine Branch, where hundreds of prisoners[1] have been killed under torture. Yassin also participated in the field operations in the eastern Ghouta, to the extent that regime loyalists have called him “the beast of the Ghouta” due to the violations he carried out there, most prominently his participation in the chemical attack which killed about 1,500 people. 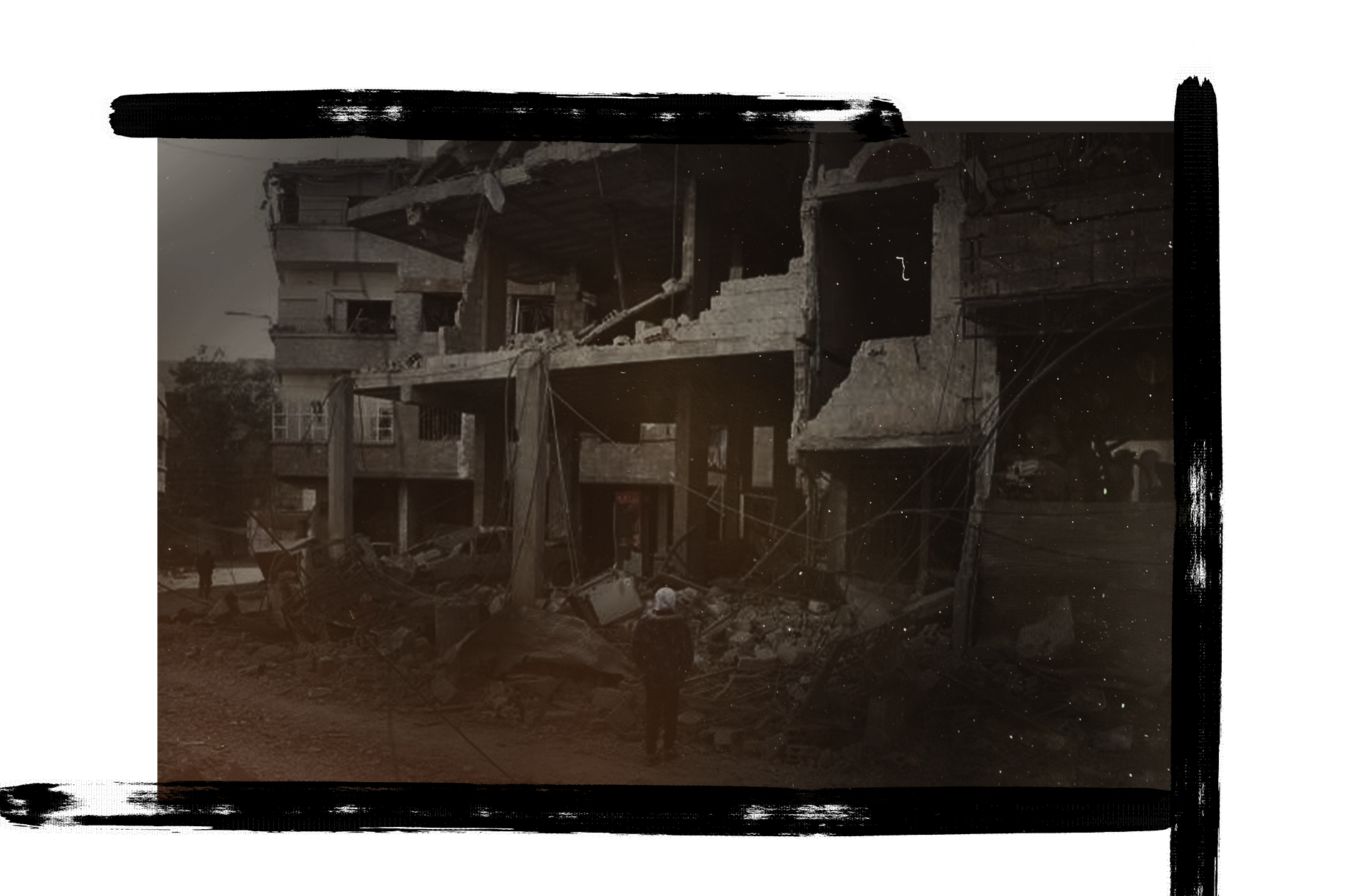 In October 2014 he was made head of the Military Intelligence branch in Homs, where he participated in horrific massacres in the al-Waer district, which was under siege at that time. After becoming president of the branch, the bombardment against the district increased greatly, which led to a number of massacres, the most prominent of which were as follows:

In addition to these, the residents of loyalist districts in Homs city blame Brigadier General Yassin Dahi for the bombings which occurred in these districts while he was head of the branch, as he colluded with local militias such as the Saqr Rustom militia and others to bring in car bombs. Popular discontent reached a level that pushed residents of the area to go out in protest against Brigadier General Yassin to pressure the regime leadership to transfer him. This pushed the regime to transfer him to the Military Intelligence Directorate in February 2016.

Brigadier General Yassin Dahi has been under American sanctions[2] since the beginning of 2017. He was also included by the European Union in July 2017 in the list of those covered by sanctions over charges of their participation in the development of chemical weapons and their use against civilians. Despite that, a decision was issued in October 2018 to appoint Brigadier General Yassin Dahi as president of the Military Intelligence branch in Deir Ezzor.