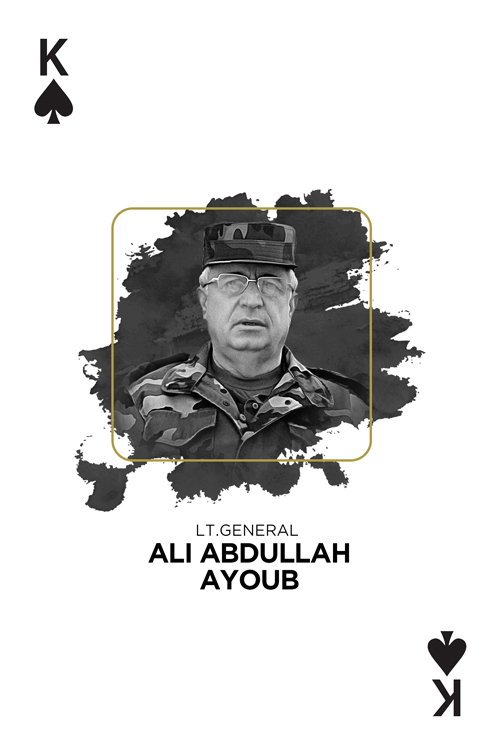 Ali Abdullah Ayoub graduated from the Military Academy with a specialization in armored corps at the end of 1973 and rose through various military ranks and positions until he reached the rank of general and was appointed Minister of Defense in 2018.

Ayoub served in the ranks of the First Division in Lebanon in 1982, and then joined the Republican Guard until he became command of Brigade 103. He was later appointed as commander of the Fourth Division and then was made head of the Syrian Army’s First Corps. In September 2011 he was appointed Deputy Chief of the General Staff and was promoted to the rank of general on 1/1/2012.

As a result of the bombing of the National Security headquarters in 2012, Ayoub was appointed Chief of the General Staff of the Army and Armed Forces, following General Fahd Jassem al-Freij, who became Minister of Defense. On 1/1/2018, Bashar al-Assad issued a decision to appoint General Ayoub as Minister of Defense, following General Fahd Jassem al-Freij. 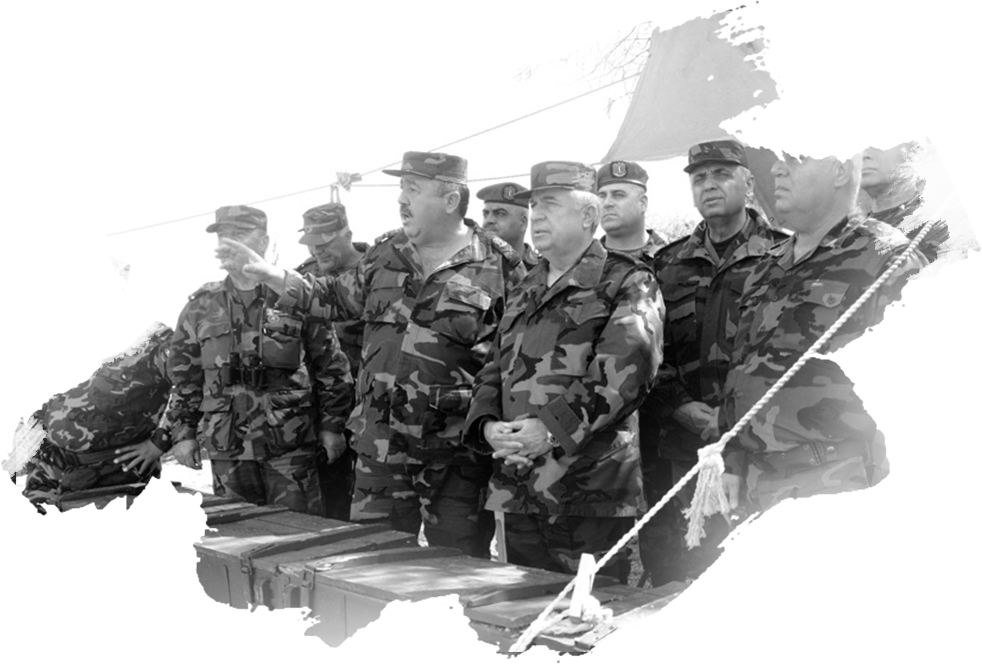 General Ayoub is considered to be directly responsible for various crimes committed against Syrians, especially the violations committed by the Fifth, Seventh, Ninth and Fifteenth Special Forces Divisions — the groups comprising the First Corps, which was led by General Ayoub before his promotion from March to September 2011. In particular, these include the crimes committed by units of the Fifth, Seventh and Ninth divisions deployed in Deraa, and the Fifteenth Division, which carried out widespread violations in both Suweida and Jisr al-Shughour in the first months after peaceful protests broke out.

General Ali Abdullah Ayoub is also considered to have been a major participant in all the crimes carried out by the Syrian Army, given his position as Deputy Chief of Staff for the Army and Armed Forces from September 2011 to July 2012.

When he held the position of Chief of Staff from July 2012 to the beginning of 2018, General Ayoub was directly responsible for all crimes carried out by the Army’s sections — especially the crimes which occurred in the eastern and western Ghouta, Homs, Aleppo, Idleb, Hamah, Deraa, Latakia, Deir Ezzor, as well as other cities and towns throughout Syria. 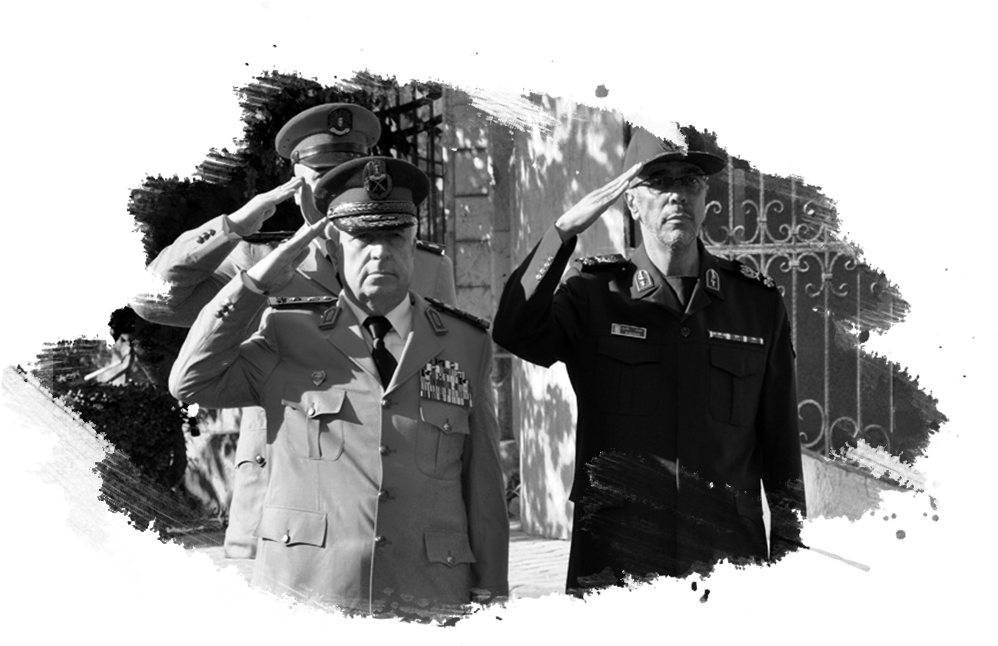 Ayoub’s bloody record also includes his direct responsibility for the displacement of millions of civilians — either internally, or forced to flee outside the country — as well as the destruction of the infrastructure and buildings of a large number of cities, primarily Homs, Aleppo, Douma, and Daraya. They also include the crimes carried out by members of foreign militias, which have resulted in the destruction of Syria’s social fabric.

Ayoub is also considered one of the most prominent figures responsible for the crimes committed by Russian forces, as he has carried out a major role in coordinating Russian air bombardment operations, which have claimed thousands of civilian lives. Ayoub enjoys warm relations with Russia[1], speaks Russian, and has undergone a number of military training courses there. He has enjoyed favor within the Armed Forces as Russian influence has grown, which resulted in his appointment as Minister of Defense after Freij in 2018. From his new position, he continues to follow up on his work as Chief of Staff, given that the position is still vacant. He therefore bears responsibility for the crimes committed in the eastern Ghouta, the second chemical attack on the Ghouta, and the displacement of the residents of the eastern Ghouta, Al-Hajar al-Aswad, and the Yarmouk Camp, as well as the forcible displacement of Deraa’s residents.