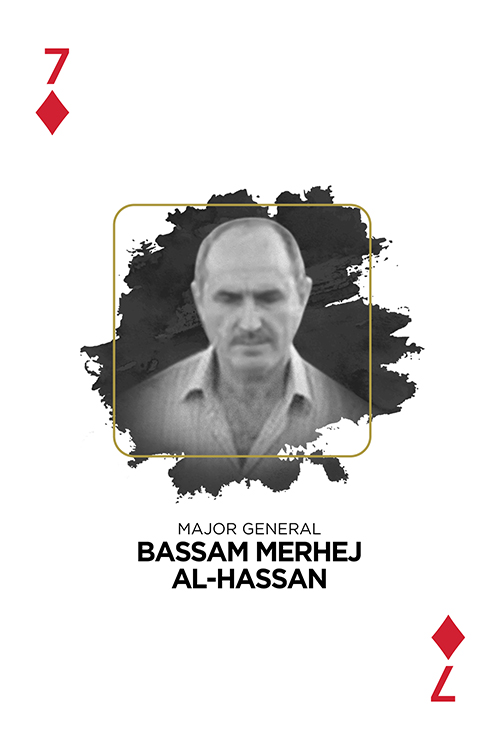 Bassam al-Hassan was born in the town of Sheen in the western Homs countryside in 1961. He began his professional life in the military, where he was appointed as an officer in the Republican Guard in the special security company in the presidency. He was then moved to work in the convoy company. He enrolled in the Staff College and graduated at the rank of staff major. He then took the post of director of the Inquiry Office at the Republican Palace.

After he obtained a doctorate in sociology from Damascus University, he began to oversee Unit 450 under the Scientific Research Institute, where he was responsible for protecting chemical weapons in Syria.

As a result of the 2008 assassination of Brigadier General Mohamed Suleiman, head of the Security and Military Office in the Republican Palace and special strategic military adviser to Bashar al-Assad, Major General Bassam al-Hassan was promoted in his place.

During his work at the Republican Palace, Bassam al-Hassan was implicated in many crimes against the Syrian people, especially those related to his handling of sensitive matters related to the use of chemical weapons. He was one of the most prominent officials directly responsible for the chemical crimes committed by the regime, as he was responsible for passing military orders from the Republican Palace to the units and sectors specialized in their use.

There have been 221 uses of chemical weapons[1] documented since the first attack, recorded on 23/12/2012 against residents of the al-Bayada district, until 7/4/2018, when the chemical attack occurred against the city of Douma in the eastern Ghouta. These attacks have killed 1,461 people, documented by name as follows:

In addition, at least 9,753 people have been wounded in these attacks.

It is worth noting that Major General Bassam al-Hassan is chief of staff of the National Defense Forces, militias which were established by the shabiha of the Popular Committees and which have proliferated in pro-regime areas under the pretext of defending them. They enjoy generous support and financing from Rami Makhlouf’s Bustan Association and weapons from army storehouses.

Major General Bassam is known by the nickname, “Uncle,” among the members of the National Defense Forces because he is the uncle of the criminal Saqr Rustam, general secretary of this militia. The Iranian Revolutionary Guard helped establish and train this militia, and as a result Major General Bassam has established close ties with Qasem Soleimani, head of the Revolutionary Guard’s Quds Force. 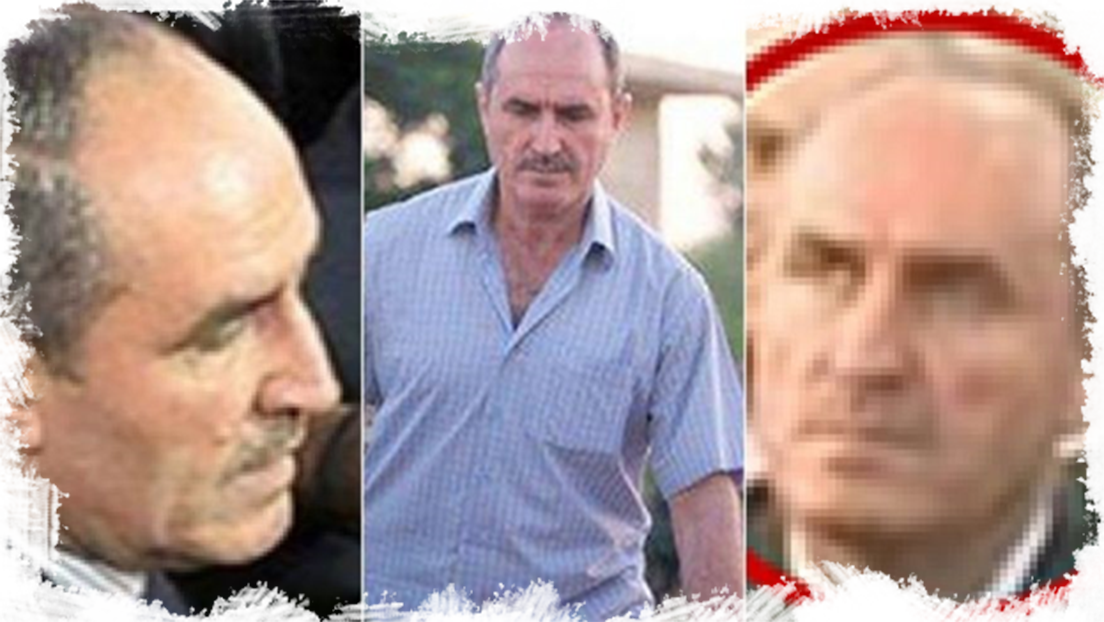 Major General Bassam is also considered to be directly responsible for a number of killings and assassinations, most prominently the assassination of religious figure Sheikh Ahmad Abdel Wahid in Tripoli (May 2012). Bassam appointed one of his agents to head to Lebanon and kill Sheikh Ahmed. A document marked with Major General Bassam’s stamp and signature ordering the killing of Syrian military and civilian opposition members abroad has been circulated. These included the defected Brigadier General Zaher al-Saket, defected Colonel Thaer Mudallal, and defected Captain Alaa al-Basha. Other figures were also listed in the document, which was marked with the stamp of the President’s Office on Aug. 4, 2013.

Given the crimes and violations committed by Bassam al-Hassan, he was included in the British[3], European[4], Canadian[5] and American[6] sanctions lists, especially given his involvement in chemical weapons attacks.

It is worth noting that Major General Bassam was promoted in 2016 to the rank of major general. He enjoys strong relations with Russian and Iranian officers alike.

[2] He was a judge heading the Public Prosecution in Mahardah who investigated this crime. He now lives in Sweden after migrating there.