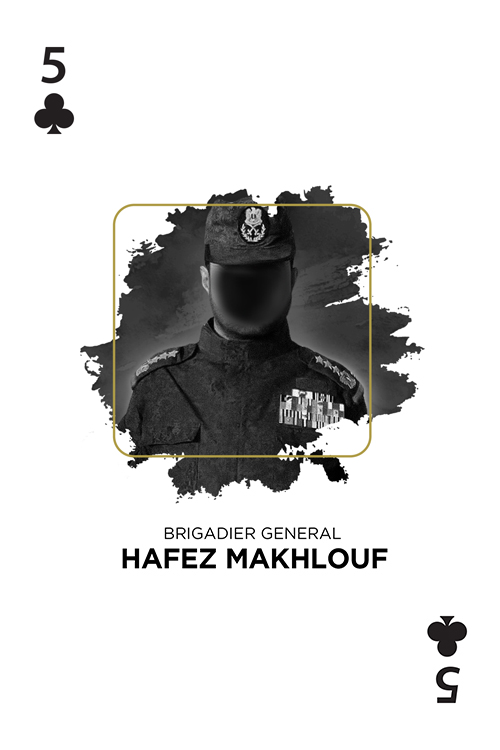 Throughout his time in this role, Makhlouf’s powers often exceeded their official mandate, eventually seeing him dominate the security apparatus of Damascus and its countryside. During this period, the colonel was known for his arrogance, sectarian attitude, impulsiveness and recklessness.

Makhlouf is a prominent advocate of the militarized solution to the current crisis. According to a testimony by the dissident Brigadier-General Manaf Tlass[3], Makhlouf thwarted efforts to resolve tensions between the regime and demonstrators in city of Daraa in 2011, personally supervising the storming of the city’s Omari Mosque by government forces.

He is considered directly responsible for the deaths of demonstrators in the city of Douma in April 2011, and the shooting of mourners the following day, which saw more than 20 people killed.

He continued his heavy-handed approach toward the unrest in Damascus and its countryside, notably in Douma, Qatana and Jdaydet al-Fadl, where more than 120 people were killed when security forces opened fire on protesters in the towns, with one such incident involving a massacre near the military police headquarters at the entrance to Qatana.

To assist in carrying out his orders, Makhlouf established his own paramilitary force led by Mujahid Ismail, the son of an officer involved in the 1982 Hama massacre. Makhlouf tasked Ismail with recruiting large numbers of Alawites, many of whom were wanted for criminal offenses, in order to form an armed force to respond to demonstrations in the neighborhoods of the capital.

Among the most infamous crimes Ismail has been linked to were:

Civilians detained at Section 40 were exposed to extreme torture and abuse at the order of Hafiz Makhlouf. In a report by monitoring group the Violations Documentation Center in Syria, former detainee Yasser Abdulsamad Hussein Karami describes the various abuses and torture techniques carried out within Section 40. The report also describes the existence of a cell for women and girls who have been subjected to severe forms of torture, including rape.

Makhlouf is also believed to be behind the 2013 explosion in the Al-Jisr al-Abiyad area in the vicinity of Section 40 headquarters, killing four civilians and injuring 17 others. As the area is heavily monitored by security it would have been be difficult for an opposition group to carry out such an attack.

As Makhlouf’s actions and those of his subordinates were brought to light, smearing his public reputation, President Bashar al-Assad ordered the officer to be removed from his duties as head of Section 40 and transferred instead to GID headquarters. However, Assad issued a decree in January 2017 promoting Makhlouf to the rank of Brigadier-General.

A report by Human Rights Watch named Hafez Makhlouf as being direct responsibility for the violations and abuses that took place inside the Internal Branch of the GID.[4]

Samantha Power, former US envoy to the United Nations Security Council, named Makhlouf among a list of regime military officials documented to have committed prosecutable war crimes against Syrian civilians.

Makhlouf has also faced US[5], EU[6], UK[7] and Canadian[8] sanctions since 2011, and his assets have been frozen by the Swiss government, which has since refused to grant Makhlouf a visa to enter the country to pursue the issue. 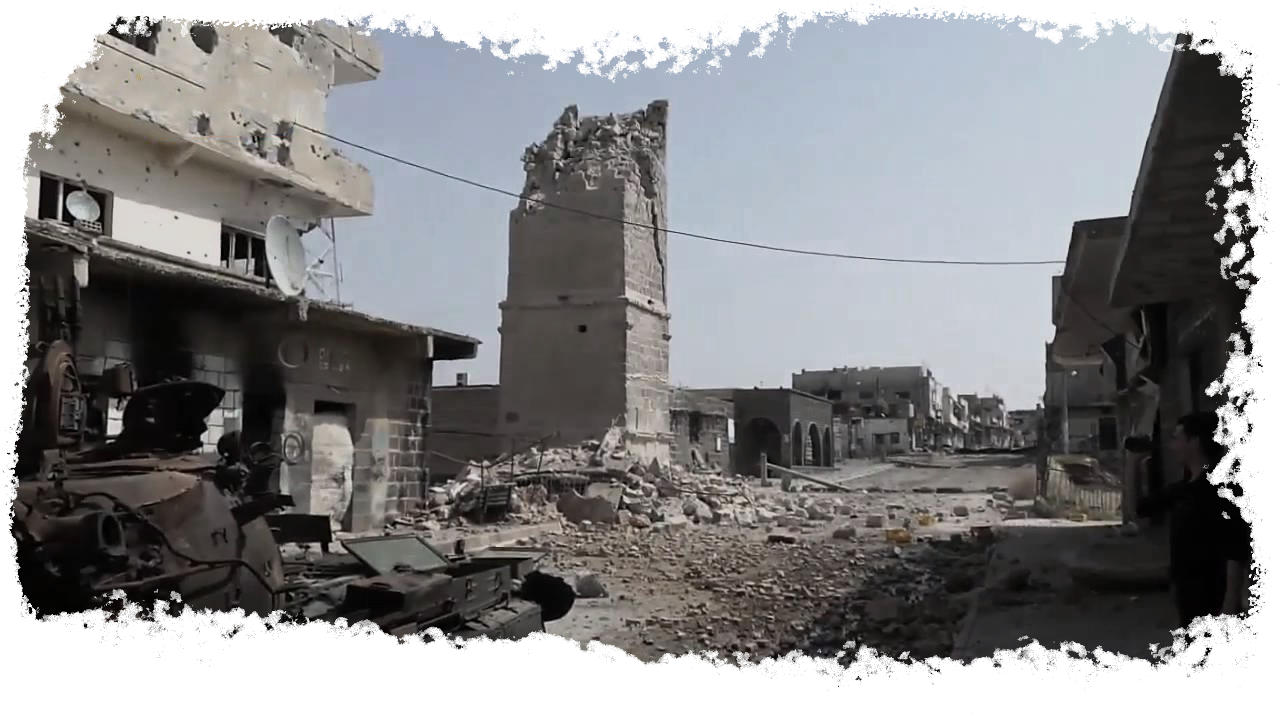 Also worthy of note is that brigadier-general’s strong ties with Iranian intelligence services and the Lebanese Hezbollah group. According to Arab media sources, Makhlouf also met with Egyptian President Abdel Fattah al-Sisi in Cairo in November 2014. Makhlouf is also believed to have offshore assets tied up in the British Virgin Islands, as was discovered with the release of the Panama Papers revelations. At the beginning of 2018, reports suggested that the brigadier-general had returned to a role at the GID, and is overseeing the import of arms to Syria from Russia and Belarus.

[1] Mohammed Makhlouf is a brother of Anisa Makhlouf, the wife of the late Hafez al-Assad, who had business with him, taking advantage of his relationship with Hafez and his son Bashar. Makhlouf was nicknamed the “oil leader”.

[3]  Brigadier General Manaf Tlass, the son of former defense minister Mustafa Tlass, was commander of the 104th Brigade Republican Guard before breaking away from the regime with the help of French intelligence.

[4] Neistat, A., & Solvang, O. (2011). ” By All Means Necessary”: Individual and Command Responsibility for Crimes Against Humanity in Syria. Human Rights Watch.